The elegant and powerful huskies still bear the pride of their Nordic origins. So that your four-legged friend gets the right name, we have put together a list of the most beautiful names from the Nordic languages for you.

Do you have a husky at home and are now looking for the right dog name? Popular names for huskies, names for males, and names for females can be found in this list: 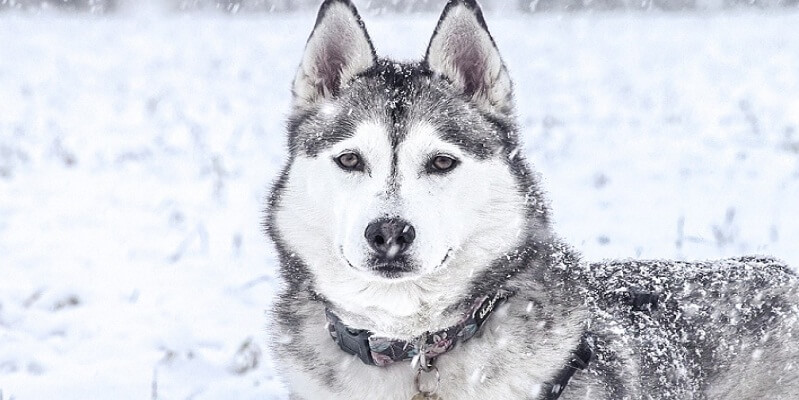 The Siberian Husky is still one of the most fascinating dog breeds in the world. With their piercing eyes and their wolf-typical demeanor, huskies are unique representatives of their kind. While they used to be used as sled dogs, such as the famous “Balto”, today they are also at home in Germany and the rest of the world. These friendly dogs are not dangerous, but they are still very independent and not suitable for every beginner.

Askan is, so to speak, the Adam of Norse mythology. It is said that the gods created the first man from the two pieces of wood “Ask” and “Embla” and called it “Askan”. Translated from the Persian language, however, it means something like “unique warrior”.

He is arguably the most famous Siberian husky: Balto, a sled dog in Alaska, saved the life of an entire village in 1925. He was the lead dog of a team that brought a drug to the diphtheria-ridden and remote town of Nome. Balto then went down in history as a hero and is still a popular namesake for his conspecifics.

This name comes directly from the Inuit language and means something like “frost”. This designation is therefore particularly popular for snow-loving huskies.

Tried and tested husky owners know: These independent, archetypal dogs like to run away and explore their surroundings on their own. The Nordic name Finn is therefore perfect for small outliers: It means something like “vagabond” or “wanderer”.

Do you have a bright little husky girl at home? Then the name Miska could be just right for you. It comes from the Eskimo language and means “little bear”.

Nanook is particularly popular among husky owners. The name not only comes directly from Inuit mythology, it also has a fitting meaning: “Mighty polar bear”. For every gorgeous husky who wants to become a handsome dog, this is perfect.

This first name from the Inuit language goes perfectly with female huskies with particularly light fur or bright eyes. Because translated Nova means a star that shines particularly brightly.

Odin is the most important god from Norse mythology – but not only that: the father of gods and god of war only has one eye. This magical name is therefore particularly suitable for huskies with the odd-eyed syndrome.

This Nordic name is particularly suitable for pretty female huskies with a large proportion of white in their fur: Sesi means “snow” in German, and that is what all Siberian dogs love.

The same meaning and yet a little different is the case with the English name for snow, “Snow”. Series fans immediately think of the white wolf from “Game of Thrones”, who becomes an animal hero through his loyalty and courage.

Is your husky girl particularly nimble? Then the name Suka is perfect for the four-legged friend. Translated from the Inuit language, Suka means “fast”.

Incidentally, these names are just as suitable for other Nordic dog breeds such as the Alaskan Malamute, the Canadian Eskimo Dog, the Finnish Spitz, the Greenland Dog, etc.