Loricariids, or Chain catfish, are an unusually wide group of fish, a clear classification of which is still lacking. New species are constantly being discovered, which often, instead of names, receive an alphanumeric meaning starting with the Latin letter L, for example, L-046. In this article, we will tell you about Hypancistrus – incredibly attractive sticky catfish.

Hypancistrus (Hypancistrus sp.) Is a genus of freshwater ray-finned fish from the Loricaria catfish family. They live in South America. The first representatives of the genus were described only in 1991. These were the zebra Hypancistrus, which have long become recognizable among aquarists for their striped black and white coloration. The next species that made the list was the Hypancistrus Inspector. It happened 10 years after the discovery of the genus. In 2006, a scientific description of 4 more species was given, which, however, long before that were often sold under various L-names. Such a discrepancy between commercial and scientific names led to certain confusion, which has not yet been completely eliminated. 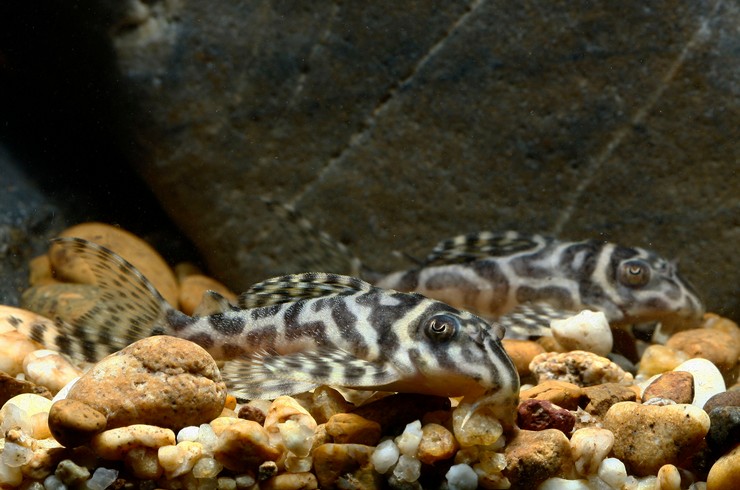 Despite all the vicissitudes with the names, Hypancistrus are popular aquarium inhabitants who are loved, first of all, for their unusual colors. It is worth noting that, unlike other members of the family, the plant diet in Hypancistrus is not predominant. Most of the fish are omnivorous.

Hypancistrus has a teardrop-shaped body with a characteristic “hump” on the head. Their body is covered with a series of dense plates that perform a protective function. There are also many thorns on the body, rough to the touch. The pectoral and pelvic fins are located in the same plane, like wings. The sail-shaped dorsal fin is well developed. The extreme rays of the caudal fin are extended. Large eyes are located on the head. The mouth has been modified into a suction cup, which helps the fish stay on surfaces.

The color of Hypancistrus is extremely diverse: there are species with spots and stripes. Mostly dark tones prevail.

Hypancistrus live in numerous tributaries of the Amazon in Brazil. Fish prefer fast-flowing waters rich in oxygen. The suction cup helps them stay in a strong stream of water. The bottom is usually rocky, littered with fallen trees and branches. Unfortunately, the natural habitats of Hypancistrus are experiencing a serious anthropogenic load due to the construction of hydroelectric power plants. 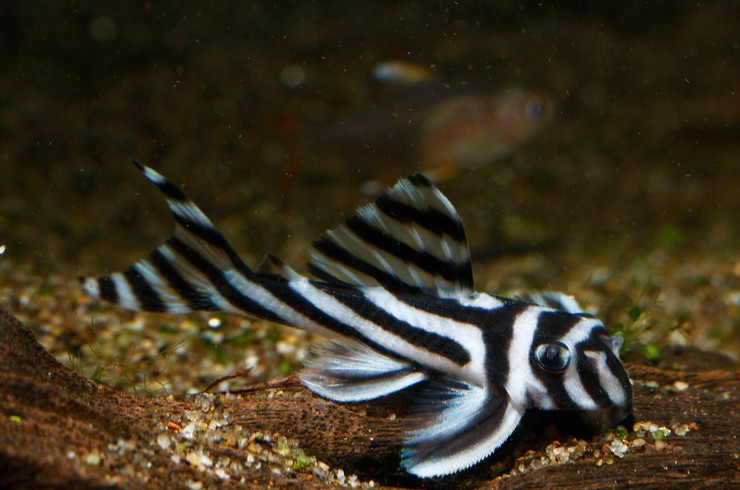 Contain Hypancistrus both singly and in groups. Depending on the species, you will need an aquarium of 60 to 150 liters. Sand or small rounded pebbles are suitable as soil. It is not recommended to use substrates with sharp edges to prevent catfish from damaging their oral apparatus. You can decorate the aquarium with large smooth stones and natural driftwood. It is advisable to create shelters for which hollow wood or ceramic tubes of a suitable diameter are perfect. Hypancistrus like a strong current, which many living plants do not tolerate well. Therefore, anubias, ferns, giant Vallisneria will be a good choice.

Hypancistrus, like inhabitants of flowing water bodies, love clean water, rich in oxygen, so it is important to take care of effective filtration and aeration. It is advisable to create a moderate or strong flow using an internal filter and/or several air diffusers. 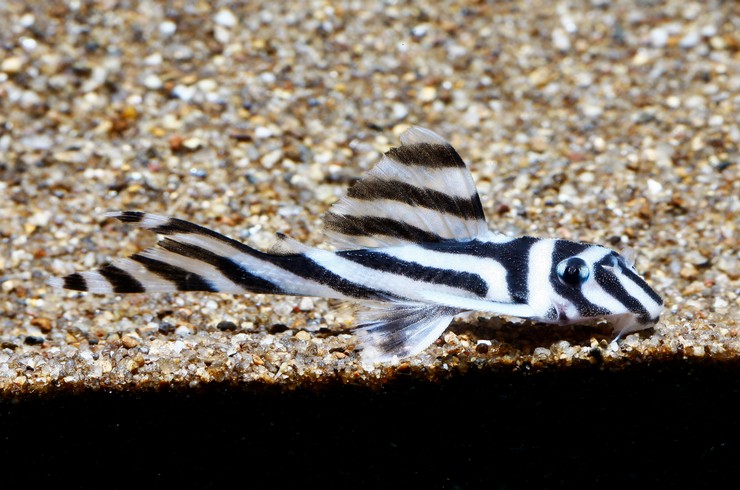 Once a week, a change of 20% of the water in the aquarium with freshwater is required. If tap water is used for this purpose, be sure to prepare it with the Tetra AquaSafe conditioner, which will instantly remove hazardous chlorine and bind heavy metals. In addition, it will enrich the water with beneficial vitamins and protective colloids. Do not forget to siphon the soil with the water change to remove food residues and fish waste.

Hypancistrus are peaceful fish that go well with peaceful decorative species. They will not pose any problem to the other inhabitants of the aquarium. Perfect neighbors are tetras, thorns, minors, phantoms, rasboras, scalars, catfish corridors. The fish are also able to get along with discus and apistograms.

But it is not recommended to keep several types together in order to exclude possible hybridization between them. 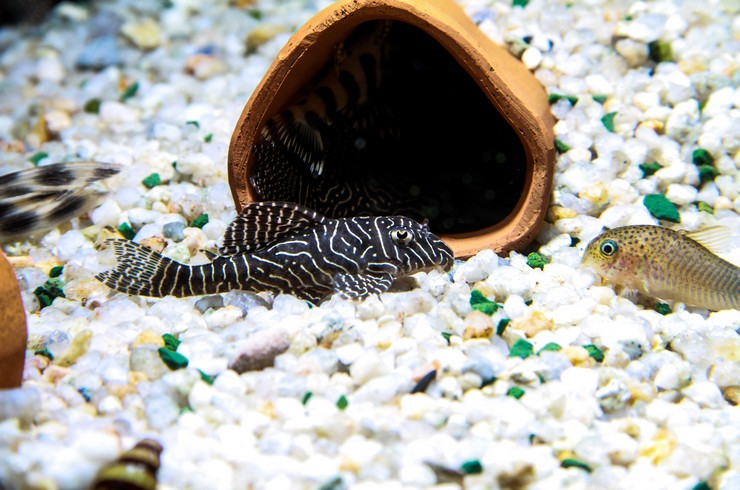 Unlike their close relatives, for example, ancistrus, the diet of the heroes of the article is dominated not by vegetable, but by animal feed. Therefore, it is best to offer them the universal tablets for bottom fish Tetra Tablets TabiMin or Tetra Wafer Mix. These are completely balanced feeds that sink quickly to the bottom and retain their shape for a long time. It is best to feed the fish after turning off the lights because they are nocturnal.

Getting the offspring of hypancistrus at home does not seem to be a super difficult task. In favorable conditions, in the presence of a pair of fish, the appearance of eggs will not belong in coming.

Sex differences in hypancistrus are not very pronounced. It is worth looking at the fish from above: adult males have a wider head and well-developed teeth on the anterior rays of the pectoral fins and the interopercular region.

In an aquarium (general or spawning), tube shelters should be provided. The water temperature should be 28-29 ° С, the reaction is weakly acidic. Frequent massive water changes are required to stimulate spawning.

A male ready for breeding makes a nest for himself, cleans it of debris, and actively drives rivals away from the chosen place. When the construction is over, he invites the female there, which lays from 20 to 90 eggs. After the completion of the process, the female swims away, and the newly made father takes care of his clutch until the fry appear. Hypancistrus eggs are large – 3.5-6 mm in diameter. They develop for about a week, after which the larvae are born with a very large yolk sac, which the babies consume in a few days. The fish grow very quickly, reaching 2.5 cm in length at the age of about 2 months.

Hypancistrus reach sexual maturity at the age of 1-1.5 years.