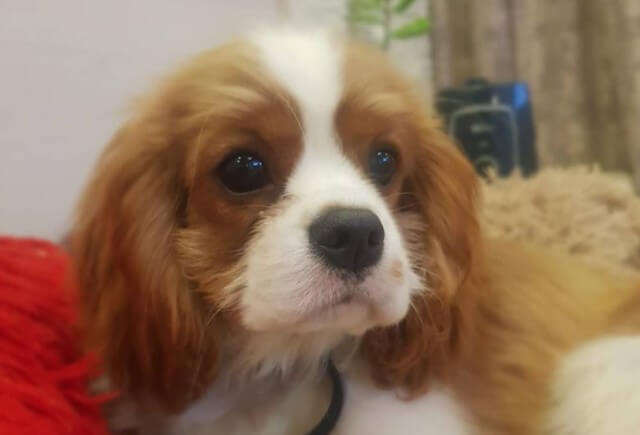 The history of the breed dates back to the 9th century. At this time, dogs slightly resembling modern kings were introduced by the Celts to England. During the reign of King Knuth, they were used to hunt small game. However, the ancestors of the Charles Spaniels were so cute and attractive that they were able to quickly move from hunters to the category of domestic decorative dogs. It took only a few centuries for miniature spaniels to become companions.

The cute dogs became the favorites of King Charles I. He issued a decree allowing the reigning king to be present on the territory of Parliament, accompanied by his beloved spaniels. The decree, by the way, is still in effect. The popularity of kings declined slightly in the 18th century. At this time in England, dull-faced dog breeds were at the peak of popularity. Court cynologists, trying to please their king, carried out breeding work on crossing spaniels with pugs and chins. As a result, the “Charles” practically lost the traits of their “factory” appearance. The temperament of the dogs has also changed. The popularity of spaniels with new features has led to the fact that representatives of the old type have practically disappeared.

Important! The breed club was founded in 1885. At the same time, the first standard was approved.

King Charles Spaniels have a stable, well-balanced body. The head is rounded with a wide transition to a flattened muzzle.

The coats of these dogs can be wavy or straight. The cover hair is straight, close to the body. If the dog’s coat is too fluffy or curly, it is considered a serious breed defect. The standard for representatives of this breed is allowed four color options:

Charles’ ears are long, set high, and decorated with long hair. The tail is carried slightly above the level of the back. Previously, dogs of this breed had their tails docked, now this procedure is prohibited by law.

Representatives of this species of toy spaniels are unusually sweet and friendly. They are devoted to their owners for the rest of their lives. King Charles loves to be in the center of attention and, most importantly for them, to be in the center of attention of their owner. But you shouldn’t think that kings are intrusive, no. It is just important for them to understand what the owner loves.

Important! King Charles Spaniels don’t like being alone. So that the dog does not get bored alone, it is better to start two “Charles” at once.

Spaniels are always friendly, even with strangers. These dogs do not make a watchdog. It will not work to bring up a working dog from Charles. The breed is amenable to training, but it will not be enough for serious “professions”. But they get along well with other animals and never try to win a leadership position.

Overall, King Charles Spaniels are a real godsend for people looking to find a loyal companion. They get along well with children, they never quarrel with other dogs. Their disadvantages include only heat intolerance and the fact that they need constant attention from the owner. Caring for kings is easy. The main thing is not to forget to cut and comb your pet on schedule. You also need to take care of your eyes, ears, and teeth.

The average lifespan of King Charles Spaniels is 10 to 12 years. A pet can live a long life only with good care and attention. The key to health for these dogs is care, proper diet, and physical activity.