Anyone looking for a dog to cuddle has found the perfect partner in the Cavalier King Charles Spaniel. The little one with the fluffy fur is literally begging to be cuddled. Especially when the owners come home and he gropes his way towards them, wagging his tail.

The Cavalier King Charles Spaniel at a Glance 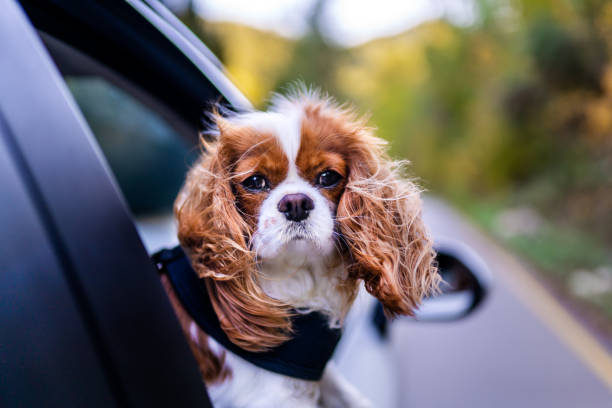 Although they were probably only gone for a short time because you can’t leave a Cavalier King Charles Spaniel alone for long. That makes him dead sad. He would like to be with his family all the time but is also very open to other people and animals. The good-natured dog even gets along very well with cats.

There is of course a small catch to being so friendly: the Cavalier King Charles Spaniel is not a guard dog, but not at all. After initial astonishment, he would even greet a burglar with a beaming smile, hoping for a few cuddles.

He especially likes to play with children, because they are usually just as active as he is. Normally he can be taught something very easily, as long as you take his gentle disposition into consideration and don’t skimp on praise. More than anything else, the affectionate dog wants to please his family.

This is What the Cavalier King Charles Spaniel Looks Like

The Cavalier King Charles is between 30 and 33 centimeters tall and weighs between 5.5 and 8 kilograms. He has medium length and silky fur. It can be black and tan, black and white, or reddish-brown.

Unfortunately, he sheds pretty badly. Frequent brushing removes loose hair, which can then no longer fly around. There will probably still be enough hair left over. 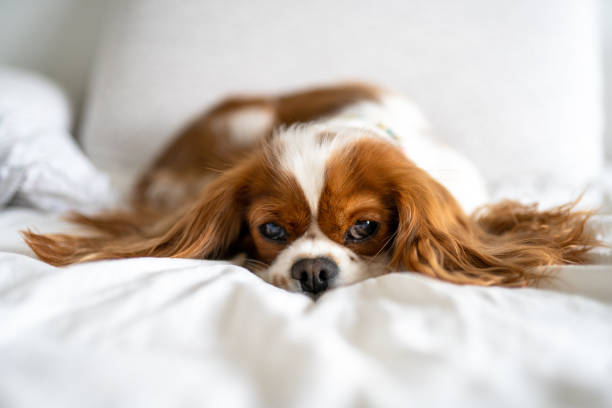 The ancestors of the Cavalier King Charles Spaniel were very popular with luxurious families and nobility centuries ago and became increasingly prized during the reign of King Charles II of England in the 17th century.