When the dog leans its head back and picks up its muzzle, every owner knows: the four-legged friend’s yowl concert is about to begin. He does credit to his wolfish ancestors, but people don’t always find it pleasant. So what does it mean when dogs howl?

Contents hide
1 Why Do Dogs Whine? A Form of Communication
2 Dog Howls as a Warning
3 Dog Howls Like a Wolf: Strengthening Cohesion
4 Why Does My Dog Howl at Sirens?
5 Dog Howls When It’s Alone
6 Dog Howls at Night: More Noises
7 Dog Howls From Lovesickness
8 Dog Howls in Pain

Why Do Dogs Whine? A Form of Communication 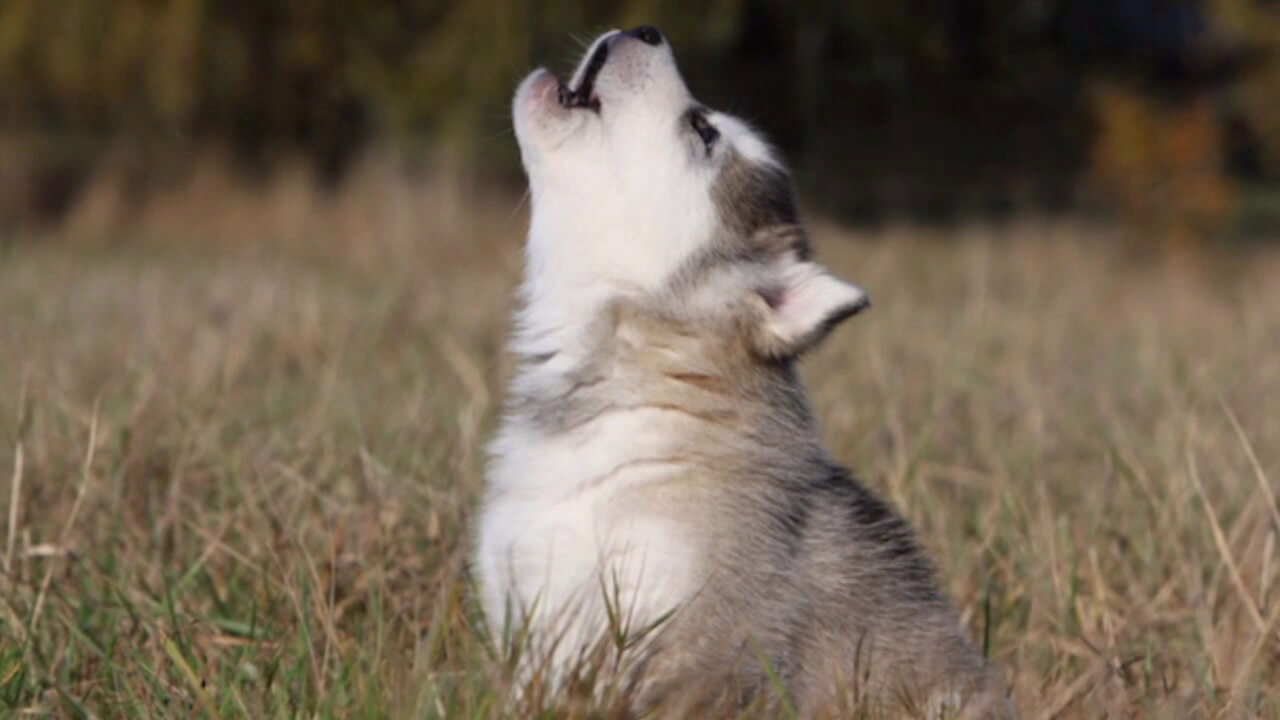 The wolf is a fascinating ancestor of the domestic dog. The ancestry is not always reflected optically – it becomes clear in the examples of the pug, chihuahua, and co. Nevertheless, certain similarities in terms of behavior cannot be dismissed out of hand.

Yowling is something they have in common – although it is not that common in dogs. Some fur-noses communicate in this way more often, while many rarely or never whine. Four-legged friends that howl a lot include English foxhounds, huskies, and dachshunds.

Each wolf has an individual howl. The purpose of the unique sound is for his pack to recognize him.

First of all: the howling of a dog and a wolf can have several reasons. The reasons why the dog howls give people an exciting insight into the communication between four-legged friends.

Dog Howls as a Warning

As with wolves, howling in the dog can appear as a warning. The howling is aimed at two different recipients, depending on the situation. On the one hand, a dog howls to alert its pack to a threatening situation. In this case, the pack is mistress or master and everyone who belongs to it from the point of view of the howling fur nose.

On the other hand, the warning can be aimed directly at intruders on their territory. With a yelp, dogs signal to the stranger: “This is my territory, get out!”

This actually does not mean the cohesion between humans and dogs. Rather, it is about unity among conspecifics. If several dogs are close together, they can suddenly throw a howling concert. Everyone who yelps along makes their connection to the group clear.

This reason may also apply if a dog is without the company of other four-legged friends and a loud noise is heard.

Why Does My Dog Howl at Sirens?

For example, an ambulance siren makes a high-pitched, loud noise. It is often difficult to bear for humans, and some dog owners even fear that it will hurt the animal’s ears. But the opposite is true.

Dogs “sing” along because the siren is similar in frequency to the natural howling of dogs. The technical language describes this phenomenon as “contact howling”. Accordingly, dogs join the loud signal to be a part of it.

Good to know: The “contact howling” is also the reason why some dogs howl to music. Dogs like to go to concerts, especially when it comes to classical music.

It is not in the nature of a dog to be alone for too long. However, training has the effect that the four-legged friend takes the absence of master or mistress with more composure. There are dogs who suffer from separation anxiety. Most dogs express their displeasure by barking or destructive rage.

Then the “howlers” occasionally appear among the lonely fur noses. They also find it difficult to be alone. Out of fear and stress, a dog tries to summon its pack by yowling.

If this behavior is pronounced, consistent training promises an improvement. As a result, dog owners take the fear of their furry friend step by step. Apart from the fact that the dog will be less stressed, the neighbors will welcome the new calm.

You may have wondered in the past why dogs howl at the moon at night. Four-legged friends sometimes howl more during the night than during the day, as they perceive the few noises more strongly. They are more likely to hear an unfamiliar or familiar sound that animates or provokes them to howl.

A dog howls its soul at home – what could be the reason? Maybe the diagnosis is lovesickness! To clear this up, it helps to review the day. Has a male met a female in heat? Or was he eager to follow a trail?

Then the reason is obvious because occasionally some males howl after their spurned love. They want to get the bitch in heat to come to them.

There is almost something romantic about it, a “love song” in the dog language. Nevertheless, it has to be considered whether a male suffers from “lovesickness” all the time or whether it only occurs occasionally. Yowling too often could be a sign that the dog is suffering from the situation – controlled by its hormones.

If none of the above reasons for the yelp apply, physical pain may be the trigger. In particular, if the dog is usually not a “howler”, an indisposition is likely. Here it is advisable to first check your four-legged friend for external injuries and for possible symptoms, such as

to pay attention. In the case of acute pain, a visit to the vet is necessary. This creates clarity especially when no causes for pain can be found for the owner.