When a thunderstorm was raging in one Kansas town, the dog of a local resident, John High, rushed under the bridge, frightened by the storm and thunder, and disappeared. No matter how hard the man tried to find his dog, he sank into the water. However, the latter was quite likely – because of the downpour, the water kept increasing, the wind was blowing such that it was impossible to stay on his feet … The 79-year-old man even went into the water to find the dog but did not see him anywhere. 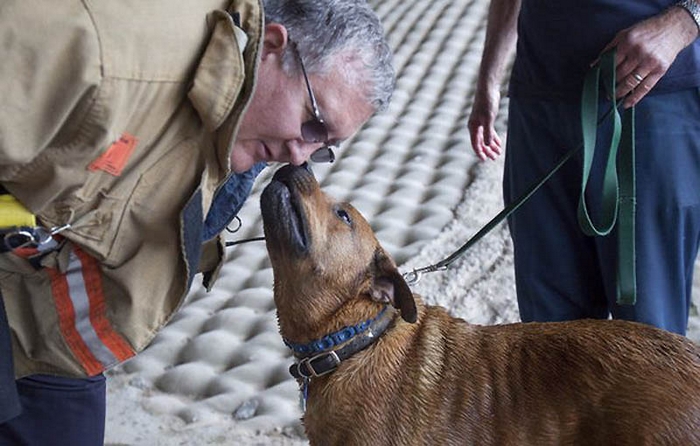 One of the residents of the town saw an elderly man in the water and called the rescue service, worried that he might drown. On his call, workers of the rescue service arrived. Seeing that the man himself is alive and well, they began to look for John’s pet. A couple of hours later, one of the searchers found the dog, which was somehow stuck between the sandbags and the concrete slabs that formed the fence under the bridge. 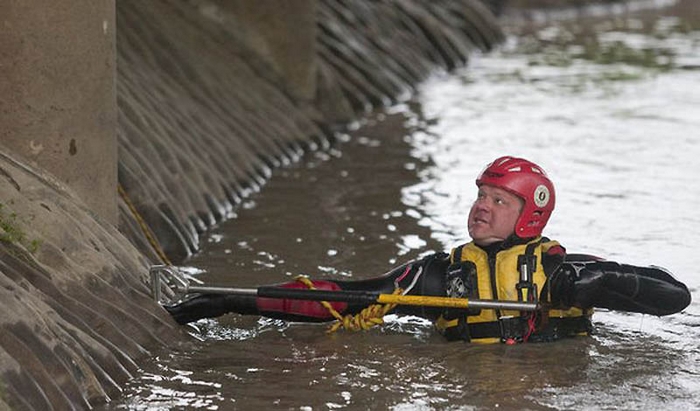 When the rescuer found the animal, he saw only a wet nose sticking out of a small hole in the bag. With the utmost care, the dog was rescued from the trap, and just in time – just a little more, and the dog would have drowned due to the fact that the water level was constantly rising as a result of the thunderstorm. After a successful operation, the lucky dog and his loving owner went home to dry. 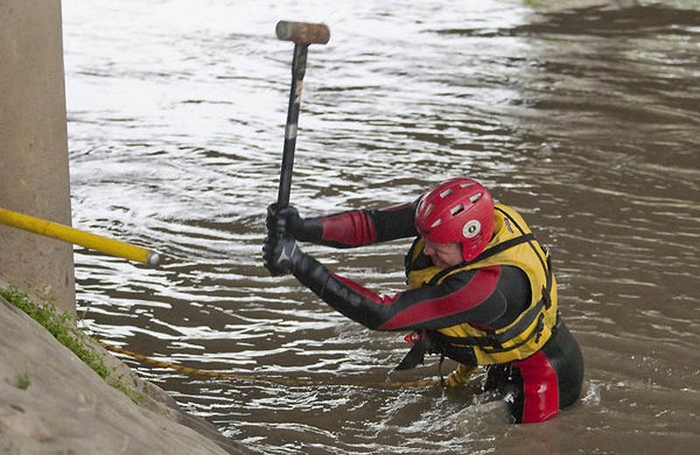 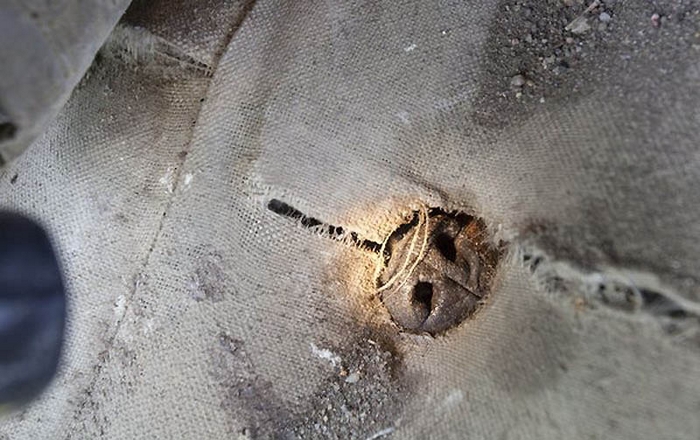 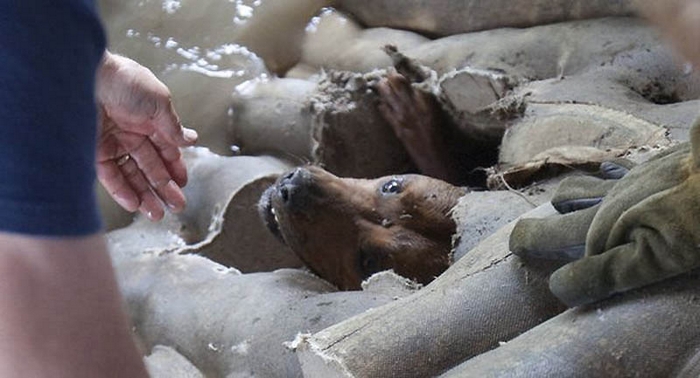 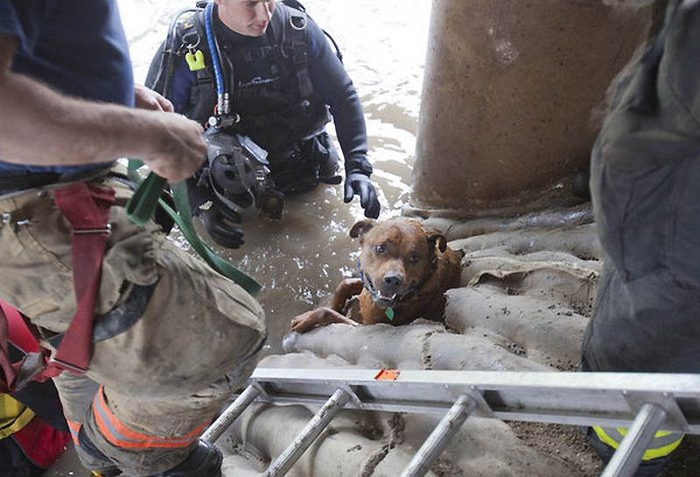 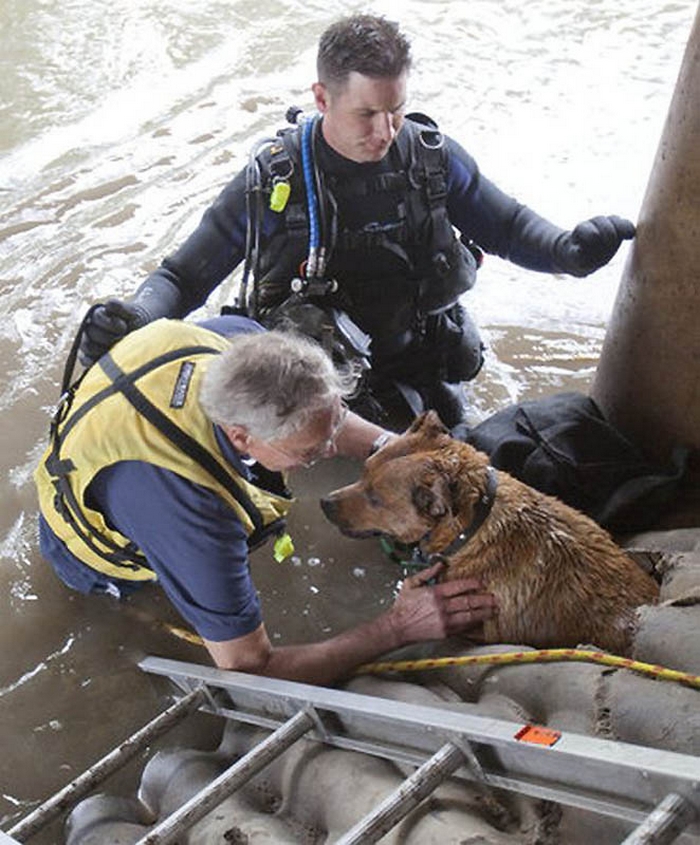 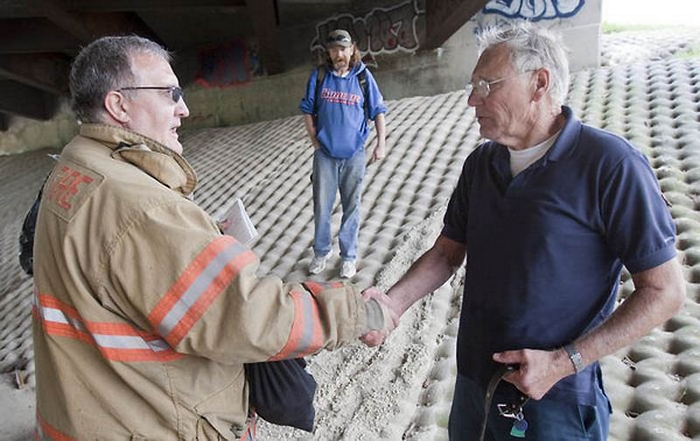 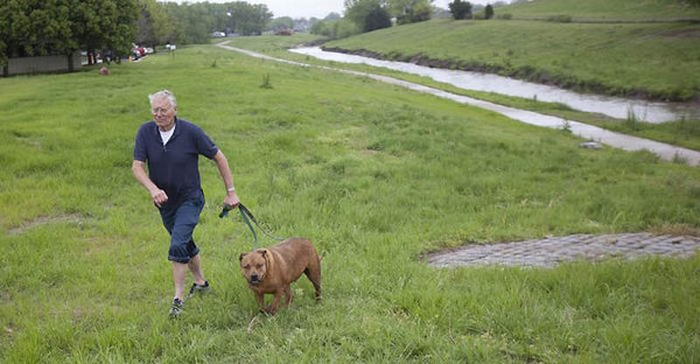