Meeting rabbit dachshunds on the streets, many are surprised to learn from the owners that this is an adult animal. Small, playful, and very funny, they attract attention both with their looks and great character.

However, they were not bred for secular fun. Although the history of the breed goes back many centuries, its smallest representatives appeared only recently, in Germany. 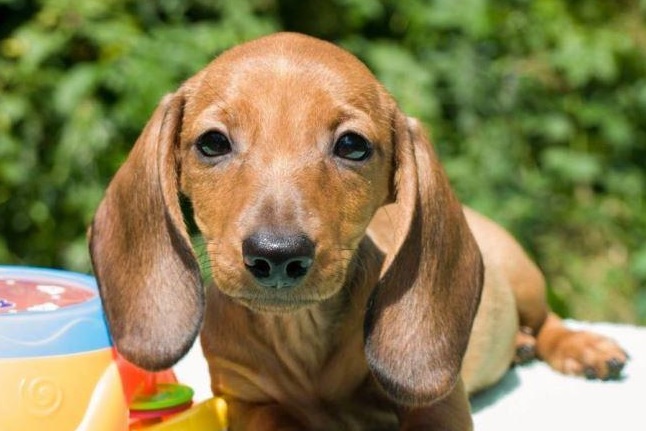 The more cities and people appeared in Germany, the more popular hunting became, and the hunting grounds became smaller. In this regard, ordinary people often hunted for small, burrowing animals. The main difficulty of such a hunt, of course, is the need to get the rabbit or other animal out of the hole. This is where dachshunds come to help a person.

German breeders carefully selected the smallest and most aggressive puppies. As a result, in 1905, a new breed was registered – the rabbit dachshund. The name is directly related to the purpose for which the species was bred, namely for hunting rabbits.

She became an excellent replacement for another burrowing hunter – a ferret. Rabbit dachshund and in our time is often used in burrow hunting. F. Engelman and a group of dachshund lovers, purposefully engaged in breeding work, and called the “Association for the Breeding of Dwarf Dachshunds”, made a great contribution to the breeding of the breed.

Rabbit dachshunds are miniature dogs with a chest girth of up to 30-35 cm and weighing no more than 4 kg with a height of only 12-15 cm. Females weigh about 3-3.5 kg, and males a little more. Despite such tiny size, animals are formidable hunters, endowed with protective qualities.

According to the type of coat and color, rabbit dachshunds are divided in the same way as other representatives of this breed and are rough-haired, smooth-haired, long-haired. In accordance with the standard, the color of the coat is red, brindle, black or brown-tan, marble.

The rabbit dachshund is perfect for keeping in a city apartment, in families with children. Easily adapting, the animal quickly finds a common language with all family members. And funny antics and inexhaustible optimism will bring joy and a good mood to the house. But do not forget that animals of this breed were bred for hunting, without proper training they can be aggressive, and you certainly should not leave them alone with medium-sized animals, for example, a rabbit or a hamster. However, she is quite friendly with pets, such as other dogs or cats. The rabbit dachshund has a proud and independent disposition, is distinguished by intelligence and curiosity. The animal senses the mood of the owner and can adapt to it.

Despite its small size and pretty appearance, the rabbit dachshund is not an indoor animal. Her vocation and passion are hunting. Therefore, when kept in city apartments, an animal, deprived of the opportunity to hunt, needs active physical activity, lanes, and games.

Due to its character, good health, and unpretentiousness, the rabbit dachshund has won the hearts of many dog breeders, including not only hunters.