The Sheepadoodle: What initially sounds like a strange mix of sheep and poodle turns out to be a rare designer dog. Find out more about the dog!

What is a Sheepadoodle? 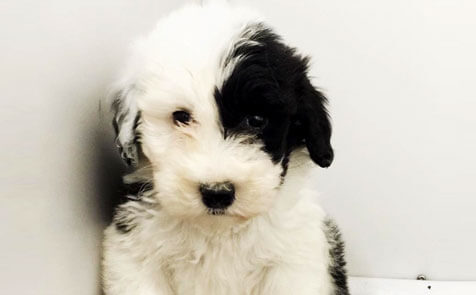 The Sheepadoodle is a medium to large-sized mixed breed dog with two breeds in its gene pool: the Bobtail (Old English Sheepdog) and the Poodle. In the past, both four-legged friends served people as working dogs (for herding sheep and cattle or for water hunting).

With the adoption of a sheep-poo – that’s another name – dog lovers opt for a sporty and intelligent four-legged friend. As a hybrid dog, he has no breed standard. So there are big differences among the Sheepadoodles in terms of appearance, character, and temperament.

From its name, it can easily be confused with the Shepadoodle. This also emerges from the poodle, but the second breed of dog is the German Shepherd. In the United States, the Sheepadoodle has the status of a popular designer dog, which is suitable for active families and sports enthusiasts. In this country, it is difficult to find a responsible breeder.

The “Nanny Dog”: In the USA the bobtail got this nickname because he takes care of the children in the family with great devotion. In the past, the old English dog breed shepherds stood by their side as sturdy herding dogs. His close relatives include the Briard and the Central Asian Ovcharka. With this parentage, it is not surprising that a bobtail can grow up to 65 cm and weigh 40 kg.

Originally the French breed of dog was active in water hunting. Today, curly-haired four-legged friends are involved in the creation of many designer dogs. Their gentle nature and obedience enable poodles and some poodle mixes to take the path as therapy dogs or assistance dogs. The enthusiastic swimmer is available in four varieties: toy poodle, miniature poodle, small poodle, and king poodle. The sizes range from 23 cm to 62 cm.

The appearance of a Sheepadoodle: Size & Coat

With the Sheepadoodles, the stocky Bobtails come into play as parent animals and usually the largest poodle variety, the royal poodle. In this combination, the Sheepadoodle can reach a size of 65 cm and a maximum weight of 40 kg. It should be mentioned that many representatives are smaller and slimmer and resemble the elegant royal poodle in terms of their stature. In the USA, however, there are efforts to cross-breed smaller poodle varieties such as the miniature poodle. This has a significant impact on the size and weight of a sheep-poo.

The fur is lush like that of a bobtail and has a thick undercoat. Curly Sheepadoodles without an undercoat are also created during breeding. There is a wide variety of coat colors:

The combinations black-white and gray-white can also be found quite often.

Most sheep doodles have dark brown eyes. However, there are always representatives of the hybrid dog breed with blue eyes or with one blue and one brown eye (odd-eyed).

The parent animals are quite different in nature. Nowadays, the poodle is valued as an affectionate and docile four-legged friend. Bobtail, on the other hand, is stubborn and independent, although deep down he needs to be close to his family. But there are also similarities that make it possible to predict the character of a Sheepadoodle:

Unfortunately, the designer dog is not immune to diseases that are typical of the breed. This is especially true if the parent animals are not tested for hereditary diseases during breeding and mating takes place on “good luck”. The Sheepadoodle is prone to the following diseases:

The average life expectancy is between 12 and 15 years.

Regardless of whether it is curly hair or the long mane of a bobtail: The Sheepadoodle needs a lot of grooming. This begins with regular brushing so that the coat remains supple and free of burrs. In the case of a Sheepapoo with the fur of a Bobtail, combing the hair also facilitates the phase of the coat change and prevents a lot of hair from spreading in the apartment.

Occasionally, a bath with a mild, moisturizing dog shampoo is an option to keep the coat supple. It is essential to untie all knots beforehand so that they do not get worse.

How Do I Raise a Sheepadoodle? 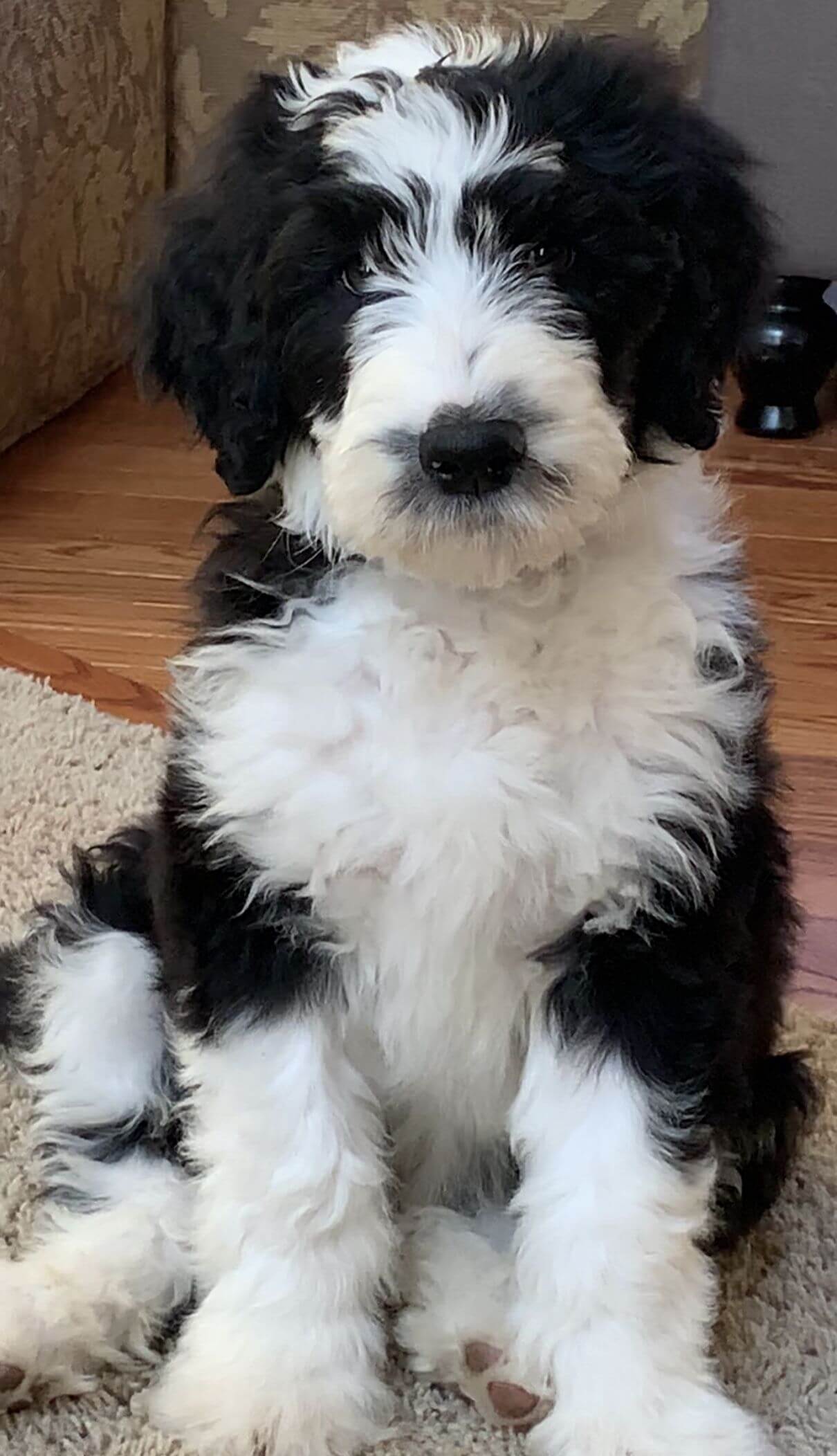 A Sheepadoodle is a very intelligent four-legged friend. He quickly understands what his person wants from him. Whether he also implements the commands depends on which breed of dog he is more similar in nature. The poodle, with his docility, takes great pleasure in training. The character of a bobtail is a bit more distant and stubborn.

The Sheepadoodle will inherit some degree of sensitivity from both parent animals. With calm, but determined communication, dog owners can lure him out of the reserve. The designer dog will hardly disdain treats and dog owners can also use their playfulness to their advantage.

There is one thing families should keep in mind: Over time, he can develop a herding instinct due to his bobtail genes. Instead of sheep, he may start attempts to “tend” the children. In this case, alternative activities – but also sufficient rest periods – should be built in to steer one’s temperament in the right direction.

Is a Sheepadoodle Right for Me?

Before adopting a sheep-poo, the following considerations should be made:

As you can guess, the Sheepadoodle breed is hardly widespread in the USA. It’s far easier to adopt a Labradoodle or Goldendoodle than this rare hybrid dog. Interested parties have to be prepared for long waiting times and a lot of research in order to find what they are looking for.

In addition, an increasing price trend can be observed for the so-called designer dogs. Hybrid dogs, which are offered for higher prices than purebred puppies, are not uncommon. Sheepadoodle lovers can alternatively consider whether they can find a large mix of poodles from an animal shelter or animal welfare abroad and give them a home.