In this article, we present the most popular dog names in Germany from 2019. A colorful mix awaits you: well-known characters from cartoon series, English and Latin names, but also old Germanic names are among the favorites of dog owners. Find out whether your four-legged friend also bears one of the trendy names.

Warning: If you decide on the following names, it could easily be confused about the dog park. Nevertheless, the following names for four-legged friends convince with their beautiful meaning and melodic sound. Some dog names are so popular that they have established themselves as true classics. The Tasso Central Pet Register has published the most popular dog names in Germany since 2019.

The Most Popular Dog Names for Females 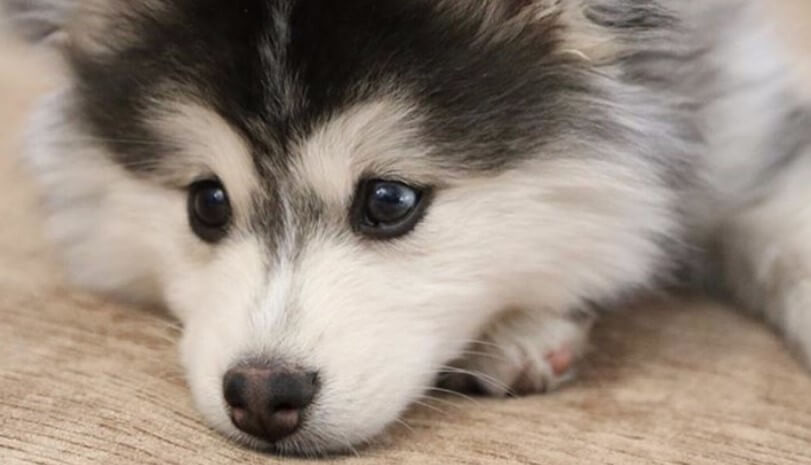 As in the previous year, Luna took first place and remains a long-running favorite among dog owners. It convinces with a beautiful translation: in Latin and Italian or Spanish, Luna means “the moon”.

Ciao Bella! The Italian name means “the beautiful one”. But it can also be the Italian short form of the name Isabella. Isabella goes back to the Hebrew name Elisabeth.

“The big one” or “the mighty one” – this is the translation of the old Germanic name Emma. But Emma is not only found in large four-legged friends. Smaller bitches like pugs or Havanese also listen to this beautiful name.

In addition to Simba, the name Nala also became very popular thanks to the Walt Disney film “The Lion King”. The African name, which stands for “the queen”, is stubbornly at the top of the list of names for females.

The English name has a Latin or Old French origin. The Latin word “amare” and the French word “aimer” mean “to love”. Thus the name Amy scores with the wonderful translation “the beloved” or “the lover”.

Many associates the name Maja / Maya with the honey bee of the same name from the cartoon. This is a girl’s name that is popular in many countries and has different meanings. In Roman mythology, for example, Maja is a fertility goddess.

The name Kira has an ancient Greek origin and means “the mistress”. This makes him the perfect choice for all bitches who like to let the boss hang out. Another translation of the name brings with it associations of warmth: Kira also means “the sun”.

Short, a bit cheeky, and yet lovable – the name Lucy gets 9th place among the most popular names for bitches. The name means “the shining one”, “the shining one” or “the light”. Lucy is simply good for all bitches – after all, every fur nose makes her people shine.

Charlotte and Lieselotte are a little too long for dog names. In contrast, the short form Lotte is perfect! Charlotte has its origins in the old German male name “Karl”. This is translated as “the free one” or “the able one”.

The Most Popular Dog Names for Males

“Try it with comfort” – everyone knows the lovable bear Baloo from the cartoon “The Jungle Book”. For a long time, the name has been represented in a slightly modified spelling at the top of the list of names for males. It goes perfectly with a Labrador or a Newfoundland dog.

It’s not surprising that Buddy is pretty high on the list. The popular name comes from English and means “the buddy”. Since a dog is also the best friend for many, it is suitable for all male “best buddies” on four paws.

As with the popular female name Lotte, Charly / Charlie is also derived from the old Germanic name “Karl”, or from the word “karal”. The hip dog name sounds absolutely lovable and is translated as “the man” or “the free one”.

Four-legged friends are dear to you. The Slavic word “mil”, from which the name Milo is derived, is translated precisely with these properties. The English variants Milow and the old German variant Mailo are also in demand, although they are translated as “the second-born”.

Unstoppable in trend: The name experienced a real hype due to the well-known Rocky film series. Rocky has two meanings: from Old High German it is translated as “the roaring”. If the name refers to the English word “rock”, it means “stony”.

A popular name for males: Even if the meaning is not exactly clarified, this sonorous and charismatic name holds its place among the favorites. One possible translation of the name Bruno is “the bear” or “the brown one”. Thus, it is a great choice for all brunette four-legged friends.

The English variant of the Hebrew name Samuel ranks 7th. Sammy impresses with its modern sound and easy pronunciation. It goes perfectly with German Shepherds, Boxers, and Golden Retrievers.

“The greatest” – with this beautiful meaning, the short name Max sneaks into the hearts of dog owners. The name with Latin origin (“Maximus”) is particularly suitable for larger four-legged friends. But also smaller dogs are sure to be happy about the great name.

Pure luck: The dog name Lucky means “the happy one” or “the happy one”. He is a true classic among the dog names for males. Lucky is suitable for all males who cheer up their people with their lively manner.

Like the name Sammy, Sam is an English short form of the name Samuel. With its three letters, it is short and sweet. Perfect in everyday life for dogs and humans. Good to know: Since Sam and Sammy are also the short forms of the female name Samantha, it is also suitable for females.