A dog is a great opportunity to get not only a faithful friend but also a first-class “watchdog”. However, not every breed is suitable for house guarding.

Living in a private home obliges to improve the safety of the people living in it, especially when there are children in the family. A dog is a great opportunity to get not only a faithful friend but also a first-class “watchdog”. However, not every breed is intended to be protected, therefore, before getting a puppy, it is necessary to know those dog breeds that are genetically predisposed to protecting the owner. So, the Cane Corso breed takes an honorable place in the list of the best watchdogs. 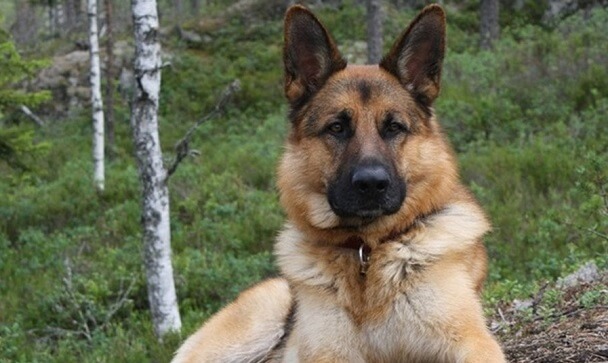 General acquaintance with the breed makes it possible to understand what behavior will prevail in the dog, however, before choosing the right puppy, it is important to familiarize yourself with the pedigree. Both parents influence the temperament and appearance of the puppy in equal proportions, so do not miss the opportunity to look at the behavior of the puppy’s parents. The second point of a first-class watchdog is temperament traits.

It is better to exclude the puppy from the pedigree list:

Statistics and research prove that behavior is inherited, so negative temperament traits can become innate in a puppy and will respond even with an excellent upbringing.

List of the most suitable guard dog breeds for a private house:

German Shepherd. Ranked first on the list, the breed is distinguished by excellent personal traits and abilities. German Shepherd is loyal to its owners, can be trained without problems, and is a first-class protector.

Cane Corso. The Italian breed is a powerful and resilient protector. Often the breed is used in dog fights, which are contrary to the nature of the dog. Well-trained and balanced breed.

Rottweiler. Many people consider the breed to be aggressive, but the Rottweiler is kind to family members. Such dogs are smart and cunning, loyal to their owners, but in many respects they are lazy and they have to be forced to train and move.

Mastino Napoletano. A massive and ancient dog breed native to Naples. Dogs have a balanced temperament and quickly learn new skills. They are distinguished by courage and will be an excellent defender of home territory.

Doberman. Well-trained and intelligent dog. With the right upbringing, it is not an aggressive breed, loves to play, and lends itself to various training. The Doberman is a sensitive dog and takes on the mood of the owner.

Giant Schnauzer. German breed, brave and distrustful of strangers. These dogs are easy to train and are often used for guarding and protection. The Giant Schnauzer is a hardy and intelligent dog.

Bullmastiff. A loyal breed from the UK. Bullmastiff is not very active, it belongs to guard dogs. The breed is smart, does not get along well with other dogs, but is very attached to the owner.

The Importance of Parenting and Training

At first, observe the behavior of the puppy and learn all the tendencies. Such knowledge will help in the future to rebuild temperament and eliminate bad traits because a lot depends on upbringing. A guard dog must be constantly educated in order to obey its owner unquestioningly because an uncontrollable dog can harm the owner and all those close to him/her. Sign up for training under the guidance of a specialist, and attend security courses from the age of two.