Previous Next
Contents hide
1 The Nature of the Dachshund
2 Care and Maintenance of Dachshunds
3 Dachshund Health and Psychology
4 Food
5 Raising a Dachshund
6 Dachshund Hunting
7 What Kind of Owner Does a Dachshund Need?

The Nature of the Dachshund 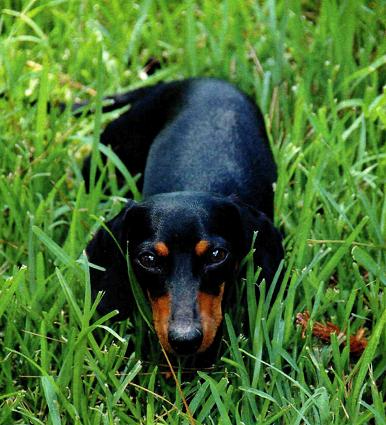 There is a saying among the breeders that the grief of the Jewish people is hidden in the eyes of the dachshund. Despite the sad look, this is a cheerful, friendly, curious, lively dog. Each has its own character. Each dachshund even needs to be loved in its own way. In no case should you allow the manifestation of jealous feelings towards the owner, so if several dogs live in the house, you need to devote enough time to each.

Breeder’s recommendation: if you already have a dachshund and want to get another one, then it is better to choose a dog of the same [email protected], otherwise you will have to neuter and/or neuter the animals.

This breed is distinguished by innate intelligence and cunning. Due to its natural intelligence, the dachshund can and wants to make decisions on its own, so it can be difficult to achieve the implementation of a particular command.

Observation of the breeder: I practically do not train my dogs, they are so smart that they understand everything at a glance and even at the half sound. Often it is enough for me to say something with the right intonation for the dog to obey.

Dachshunds are well socialized from birth, but to make the adaptation process go faster, take your pet “out into the world”: take it with you to the city and to nature, introduce it to other animals and people.

The dachshunds themselves are very brave, obedient, empathetic, and attentive. At home, they behave culturally, they can be alone all day long. Like any puppies, little dachshunds can play tricks: gnaw on wires and shoes, scratch wallpaper. But with age and with proper education, the dog loses interest in this.

Breeder’s recommendation: Dachshunds get along well with children, willing to tolerate excessive love and concern. However, I am totally against a dachshund in a family with a very small child. One awkward movement of a child – and the dog may be crippled. Therefore, it is better to take a puppy when the child is 5-6 years old. At this age, children can already take good care of the pet, walk it, teach commands and obedience.

Dachshunds are great lovers of “chatting”, not a single event in the life of a family can do without them, they always want to be in the spotlight. The house where the dachshund lives must be in order, otherwise she will put it in for you. If you do not want your belongings to be damaged or “stolen”, put everything in its place. Dachshunds love to explore the space they live in. If your neighbors have an open door, be prepared for your four-legged friend to visit. Fortunately, this cute dog is always and everywhere welcome, and ready to treat him with something tasty.

Care and Maintenance of Dachshunds 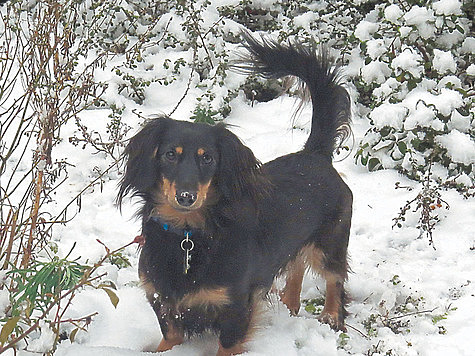 The dachshund does not require special care. It is enough to do all the necessary vaccinations on time, etch worms and treat them against parasites. It is recommended that you brush your ears, check your teeth, and trim your nails every two weeks.
This is a clean animal, they will not deliberately climb into the mud. But during the hunt, chasing the beast, the dachshund will get dirty. In urban conditions, a dachshund, like any dog, needs to be taught to wash its paws after each walk, but you need to bathe completely no more than once every few months. In summer, you can take dachshunds to open water and teach you how to swim. But whether they want to do it or not depends solely on their character and mood.

Smooth-haired dachshunds are the embodiment of beauty and grace, it is a great pleasure to watch their movements.

Pedigree dogs with a good pedigree are distinguished by good health and a cheerful disposition. They rarely suffer from allergies and hardly get sick.

Breeder’s recommendation: To determine if a dog has an allergy, check its ears. If they are red or swollen, covered with a rash, become too hot, then something in the diet is a strong allergen. Most often this is chicken, it is better to exclude it. Also, an allergy may be to red fruits.

Despite the many fears of potential owners, dachshunds rarely suffer from spinal diseases. The breeder assures that with over 20 years of experience with the breed, only one male had similar problems. After the treatment, the dog lived many more happy years without pain and died at the old age of 15, despite the fact that the average life span of a dachshund is 10-12 years.

Smooth-haired dachshunds love the warmth and are ready to bask on the sofa under a warm blanket even in 30-degree heat. If dachshunds move enough during the cold season, they do not need to be worn. Males can walk without clothes even in severe frosts, but it is better to take care of female dogs and not overcool them.

The most important thing in psychological education is not to intimidate, not to shout, and in no case should you punish the dog. It is enough to say strictly or even look. Remember that dachshunds are very smart!

Dachshunds are real gluttons. Owners need to carefully monitor the amount of food and the weight of the dog. There are no strict rules in nutrition, you can feed both dry food and natural food. Raw vegetables or fruits can be used as a treat.

Be prepared that during the walk the dachshund will pick up everything on the street. It is possible to wean from this, but it is rather difficult. All the fault of the wolf past and the ideal “hunting” scent, which will certainly lead the dog to scattered chicken bones, sausage skins, and other “delicacies”. But even in this situation, the breeder has his own secrets.

Breeder’s recommendation: boiled beef tripe will help wean dachshunds to pick up everything on the street. There are many useful trace elements in the rumen, it will perfectly complement the daily diet. Take some of the treats for a walk and reward your dog when he obeys the command you give.

You can start upbringing as early as 2-3 months. First of all, puppies are taught to the regime: at night – sleep, during the day – wakefulness. Other commands can be entered later.

Breeder Observation: If you do not have time to do full training, you can limit yourself to talking with the dog and a basic set of commands. Dachshunds understand very well what the owner wants from them, and are ready to do everything to please him. 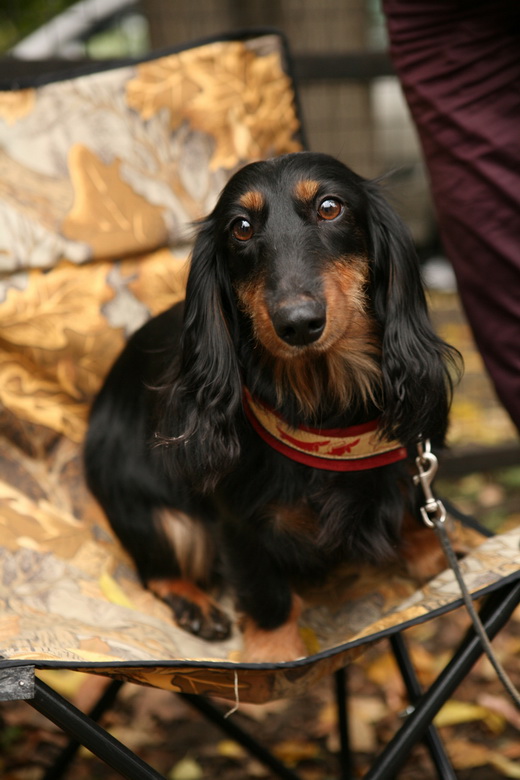 Dachshunds are a hunting dog breed. They search for and pursue prey hiding in burrows. Usually, standard dachshunds are used for hunting foxes, martens, badgers. Thanks to its powerful jaws and sharp teeth, but at the same time its small size, the dachshund can easily hunt large wild animals that do not see it as a big threat and often do not offer resistance. Some hunters train dachshunds for wild boars and even bears. Dwarf dachshunds are used only for burrowing hunting.

Breeder’s recommendation: be careful when walking. The dachshund often perceives large fluffy dogs as a beast to be hunted, so it instinctively gets into a stance.

Dachshunds are gambling, fearless, and incredibly purposeful, they get no less pleasure from the hunt than their owner.

What Kind of Owner Does a Dachshund Need?

These dogs love long walks, they are hardy and patient, short legs are not a hindrance to long distances – it’s not for nothing that the blood of hounds flows in dachshunds. Energetic, positive, and outgoing people are ideal owners of a dachshund.