The mighty, the blessing, or the little wolf: beautiful dog names with meaning give the fur nose that certain something. The following 15 male and female names are not only beautiful and deep but also easy to pronounce and short. Be inspired by the ideas and find out what is behind the most beautiful dog names! 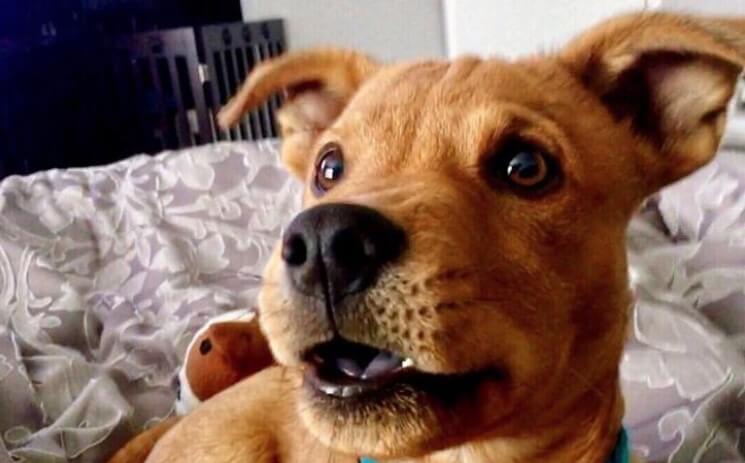 For families, the time before the new family member moves in is exciting and full of anticipation. A particularly creative and exciting matter is choosing the right name. After all, the fur nose will listen to its name for its entire life. In this respect, it stands to reason that a particularly beautiful and suitable dog name with meaning should be chosen.

In some cases, the name fits like a glove, reflecting the temperament, appearance, or preferences of the fur nose.

Then there are also dog names for males and females with meaning, which should be viewed with a wink. For those who are still looking, this guide article has 15 beautiful dog names with meaning.

This popular name for males is the Italian variant of the name Burkhardt. The old German name means “strong protector”. Bosco has another meaning up its sleeve for nature lovers: The Italian word “Bosco” means “forest”.

Pocket-sized wolf: The meaning of the Gaelic name Conan emphasizes the reference to the ancestor of all domestic dogs today. The boy’s name is “Little Wolf”. This makes it a perfect match for males of any breed – after all, there is a lovable Isegrim in everyone!

Ambiguous: One of the many meanings of the name Edda is “the one who protects her property”. In this case, Edda is derived from Old English and is suitable for all future female watchdogs. Its other translation should also be mentioned: In Old German, the means sonorous Name “the blessing”.

From Nordic mythology: Fenja was a giant who operated a magical mill together with Menja. In this context, the name is translated as “the giantess”. Thus, the name for large dog breeds, such as Great Danes or Irish Wolfhounds, is on the shortlist.

Probably the most beautiful quality of a dog: Derived from the Latin word “fidelus”, this name means “I am loyal” for males. Since dogs are known for their loyalty and fidelity, the name Fido is suitable for all male fur noses.

Dog names with meaning can also have a bit of irony on them. Henna from Old High German means “mistress of the house”, “the mighty” or “the ruler”. For all small and big divas who like to set the tone, the name is tailor-made.

The English name is derived from the ancient Greek word “iasthai”, which means “to heal” in German. Accordingly, the sonorous name is translated as “the healer”. Thus it is the ideal choice of name for all compassionate males – whether trained therapy dogs or hobby soul comforters.

From the Aloha State straight to the couch at home: The name Kalea comes from Hawaiian and means something like “happiness” or “full joy”. So he is exactly right to give bitches a special dog name with meaning.

For all males who like to swim, the name Murphy comes in handy, because the name of Gaelic origin shines with a special meaning. Murphy means “seal” or “sea warrior”. How about naming a Labrador Retriever, Newfoundland, or Water Dog Murphy?

Lovers of herding dogs and herd guard dogs take note: In ancient Greek mythology, Pan was a hybrid and was considered a shepherd god. The short and beautiful name for males is therefore translated as “the shepherd”. Male Border Collies, Komondors, and Co. are ideal contenders for the name.

First of all: the love of a dog is difficult, to sum up in words. But how about a name for bitches that carries this affection in a hidden form? Raya has several countries of origin and in Hebrew, the name for females simply means “love”.

Derived from the Hebrew word “schemesh”, this traditional name means “little sun” or “the shining one”. Just right for a male who makes his family and everyone around him shine.

In this country, the Sanskrit name is a popular choice for bitches. No wonder, because it sounds beautiful and scores with a touch of mysticism. Whether its deep meaning also contributes to the popularity of the name? Absolutely! Because the translation of Shiva is “auspicious”.

Fits females and dogs: Winnie is the English form of the German name Winfried. The name sounds cheeky and lovely at the same time. Such a deep meaning is hard to be expected at first glance: Winnie means “the one who brings peace”.

The maiden name Yuna has several origins. A look at the Celtic background quickly makes it interesting for bitches too. In this case, Yuna means “the desired one”. If that doesn’t exactly suit a lady dog that her family has longed for!