1)Bull Terrier Attack On The Car

Everyone who has ever heard or read information about such a dog breed as the Bull Terrier knows how unpredictable its representatives are. First, they almost do not feel pain, for this reason, they are practically uncontrollable. Of course, among the representatives of this breed, there are also very intelligent dogs, however, the bulk is very aggressive and completely uncontrollable, genetics clearly let us down, creating these pets.

It all depends on upbringing, if the owner from childhood behaves correctly with the dog, not allowing it to fight, then there is a chance to raise a completely normal friend, however, in this case, no one can give guarantees that one day the dog will not jam … These dogs live in obedience to instincts in everything, they can be non-spiteful, but once they accidentally take part in a fight and feel the “smell” of blood, they will not stop.
These are professional “killers” that no one can cope with.

However, their dullness manifests itself in everyday life. So one of my friends witnessed a story that happened in his yard. The owner of one of the bull terriers, who had a fair amount of drinks the day before, took his four-legged pet for a walk, and he himself, fearing fainting from a hangover, unfastened the leash and settled down on the bench, and dozed off. 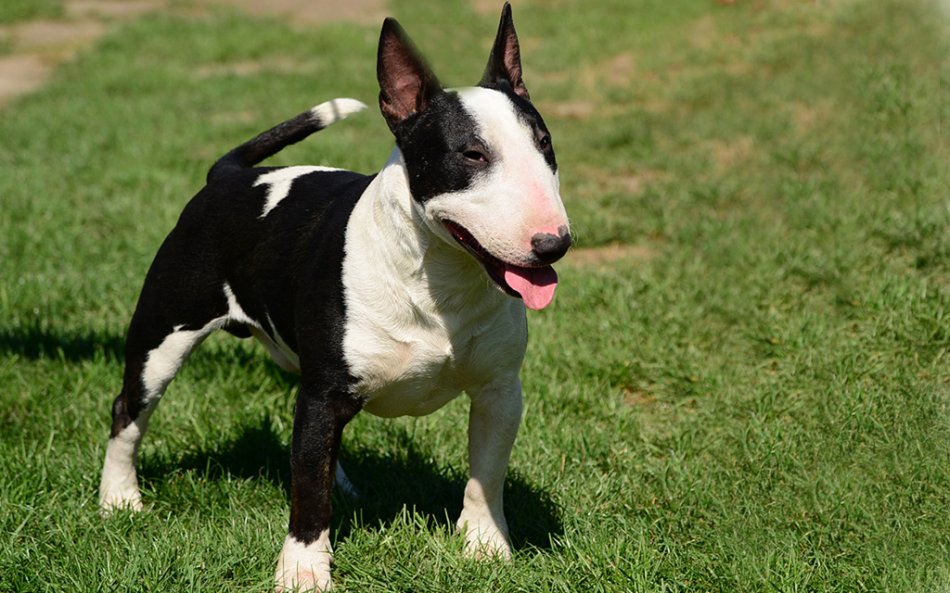 And this dog had one feature, she had a weakness for tires. Many owners train their pets with tires so that they can develop a massive neck or bite force. But in those moments when there was not a single tire in the vicinity, this dog, for the sake of entertainment, arranged a hunt for passing cars. So, noticing that the owner fell asleep, the dog found a car driving into the yard and rushed to her.

Without hesitation, she clung to the tire of the moving wheel with her teeth. Since the jaw of such a dog can easily support the weight of its body, the movement did not make it open its teeth, and the car and the dog rolled together. Having made a couple of somersaults and realizing that the rubber had burst, she opened her mouth and flew off a good three meters. She sat, thought, shook her head, apparently liked the entertainment, rushed to the next wheel.

The driver, seeing that the “monster” did not stop, was afraid to get out of the car, because the dog was clearly without brains, and did not dare to stop, began to honk to wake the owner. It was not possible to do this right away, but when the owner nevertheless woke up, he also ran into the poor car owner that he was driving through where his adored dog was walking.

Stunning creatures – dogs, each of them, like humans, has its own distinctive features, among them there are greedy, evil, good-natured, and so on. I once met a very greedy person named Julia. In its greed, it is comparable only to our politicians, who cannot fill their pockets at public expense. In general, it was back in my student years, when we went to practice with the same students like me.

In general, there lived not far from us one small but very angry dog ​​Rouge, she constantly begged, as soon as she saw food, she began to go crazy. Well, everyone, of course, felt sorry for her and fed her. However, you noticed that no matter how much you feed her, she will still look at you with hungry eyes. So my friends and I argued how much this animal can eat and whether it will ever be full.

The bets were serious, we thoroughly prepared, took five kilograms of meat (the dog weighed less than the food we prepared for it), cut off about a kilogram from a piece, and gave Rouge, she ate it pretty quickly. We decided to continue at the next break and left to work. We come, and the dog, finding the remaining meat, swiftly devours it. Moreover, most likely, she discovered it quite a long time ago, since she had already eaten most of it.

By the time we found her, she was clearly not feeling well. With terrible shortness of breath and barely moving her jaw, she still continued to chew. We took a piece from her and moved the dog to another place to rest, went to work. We return literally fifteen minutes later, and she chews again. This went on for quite some time until the meat ran out. From this, we concluded that there are representatives of the animal world who, in their “gluttony”, are in no way inferior to some people. 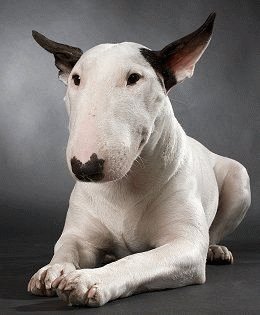