Those who are not too familiar with the Welsh Corgi dog breed may not know that it is divided into two groups: Pembrokes and Cardigans. Despite the common ancestry, the differences between the Pembroke and the Cardigan are even greater than the similarities. 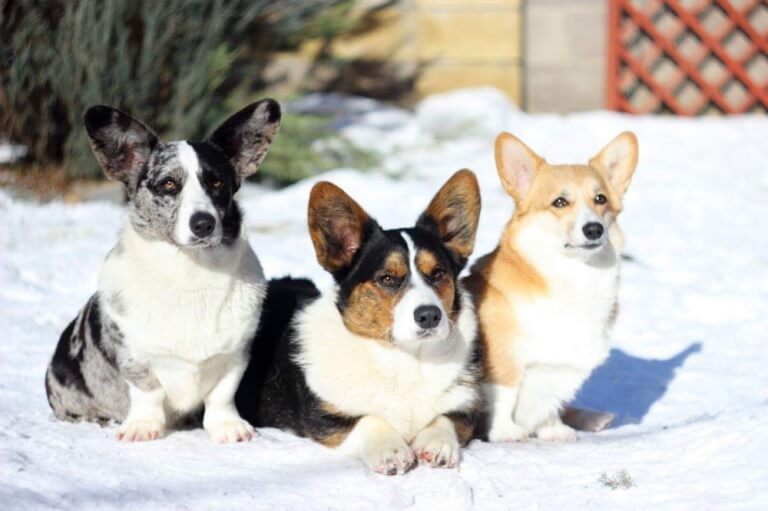 Corgis are unique dogs that, despite their short stature, belong to the group of shepherd dogs that do an excellent job of grazing flocks of sheep. It so happened that the Pembrokes gained more popularity than cardigans, but this is not due to the fact that the second group is worse in temperament or appearance. So what’s the difference between them?

The common homeland of the Welsh Corgi breed is the County of Wales. The Pembrokes were bred in Pembrokeshire, the Cardigans in Ceredigion. The subspecies did not interbreed with each other, since they were geographically far from each other (the county was divided by an impassable mountain range).

Differences in the appearance of the corgi immediately catch the eye if you put the dogs next to:

In general, the corgi is very nice and friendly. They practically do not show aggression and get along well both with people and with other animals. Few differences between the compared breeds can be found in the following:

Corgis can have several health problems, including eye problems, urinary tract problems, and joint problems. Pembrokes are more susceptible to epilepsy and hypothyroidism, while cardigans, due to a lack of immunoglobulin in the blood, may not live up to 3 months.

Another key difference between the two corgi subspecies is price. Due to the fact that cardigans are less common than Pembrokes, they can cost an order of magnitude more than their opponents.