Despite its name, which clearly came from the English language, dog pulling did not originate in the United States at all, but in Russia. He quickly gained popularity among owners of fighting dogs and today is gradually winning the hearts of fans around the world. What’s the secret?

It is believed that the first organizer and founder of dog-pulling – a tug-of-war among dogs – was the Russian “United Commonwealth of American Pit Bull Terrier Breeders and Lovers”. And the name comes from the English combination dog pulling, which literally means “pulling dog”.

Contents hide
1 How is the Competition Going?
2 Who Can Participate?
3 Training 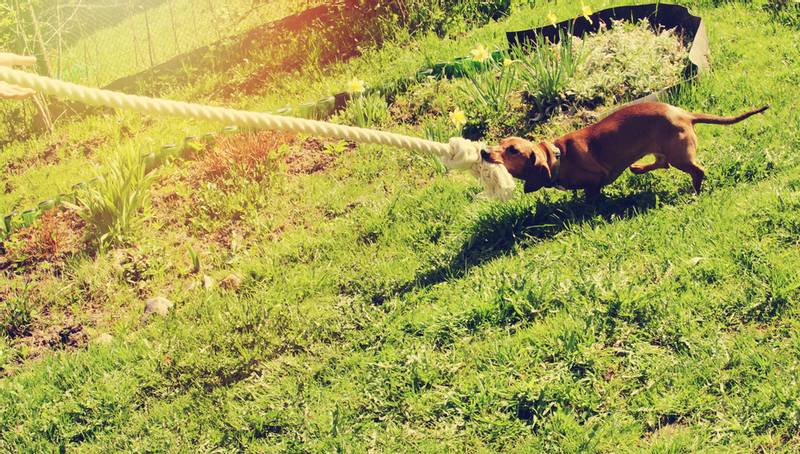 The length of the main projectile – a rope or a sling for a tug – is about 3 meters. The judges calculate the middle and mark it;

An opaque wall-fence is installed between the participants, thanks to which the dogs do not see each other;

After the clearing command, the animals must grab the rope and pull it towards themselves.

In dog-pulling, a point system for evaluating the winners is adopted. So, each participant during the round is awarded points at the rate of 10 seconds – 1 point. The dog that tugged the rope is also awarded an additional 10 points. The judges keep the standings. The winner is the dog with the maximum number of points.

Particular attention in the competition is paid to the discipline of the participants. For dogfighting, provocation of an opponent, and disobedience, penalty points are awarded. The handler’s attempt to help the ward is also punished. Moreover, the owner’s misbehavior can lead to a fine, and participants are disqualified for gross violations.

As with many other sports, there are no breed restrictions in dog pulling. Both thoroughbred animals and mestizos can participate in the competition, the main thing is the passion of the pet and his desire to pull the rope. But the palm in this sport traditionally belongs to the group of terriers: the American Pit Bull Terrier and the Staffordshire Bull Terrier.

Puppies under 10–12 months old cannot participate in such contests: there is a possibility of damaging the dog’s still undeveloped jaw.

You can train a dog for dog pulling both independently and with a dog handler. Very often the preparation process for the competition coincides with the time of the general training course.

If you decide to train your pet alone, the main thing is not to rush. Do not immediately offer the puppy a rope in the hope that it will interest the pet. First of all, it is worth introducing him to soft toys that you can gnaw and bite – this will develop a reflex and interest in such activities.

At about 6-7 months, you can play with the dog by simulating a tug. But it should be done very carefully. Pay close attention to the change of your pet’s teeth and the formation of the correct bite.

A little later, you can move on to more serious and prolonged training. It is also advisable to build a special home exercise machine for dog pulling. To do this, you need a rope, anchorage, and wall bars.

Particular attention in training is paid to the correct grip and setting of the jaw during tug-of-war.

When choosing sports activities for a dog, pay attention to the character and temperament of the pet. Active training is especially suitable for energetic animals, and strength training for large and muscular animals in order to keep them in great shape.