I must say that the tail is a very useful and multifunctional part of the body, so every decent dog takes care of it and is proud of it, well, if, of course, it has one.

Why do dogs wag their tails?

First of all, the dog uses tail movement to maintain balance when chasing games, when running, to make sharp turns, while swimming, and when overcoming obstacles (for example, when moving along a log). Some evolutionists believe that it was invented for this. But when he appeared, clever dogs found several more uses for him. And to begin with, they taught the tail to wag, that is, not just to move around in a chaotic, meaningless way, but to perform rhythmic pendulum-like movements. 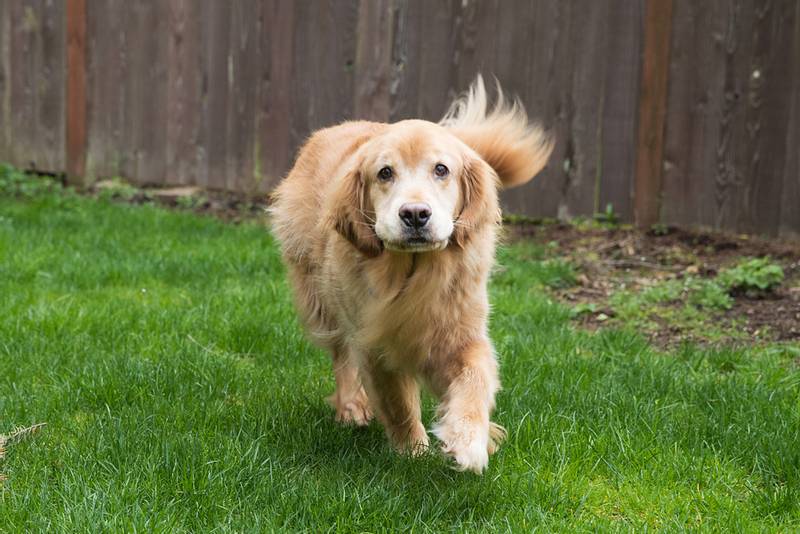 It is believed that dogs wag their tails in order to introduce themselves, and remotely. That is, present an identity card, and they have it not paper, but smell. Dogs have paraanal glands under their tails, which, among other things, contain all useful information about the subject who is the carrier of these glands. By the way, for this information, dogs poke their noses under each other’s tails. When meeting a relative, a self-confident dog, approaching an opponent, actively flaps its tail, helping the smell to spread. And it hits right on the nose with an olfactory “visiting card”, where gender, age, physical and physiological condition, and even some claims are indicated in bold. But the insecure dog does not really wave its tail, but, on the contrary, squeezes it, blocking the spread of the smell: they say, here, besides you, there is no smell of anyone and there is no one!

Tail wagging is also biologically related to arousal and emotional state. That is, tail wagging involuntarily reflects the psychophysiological state of the dog, in other words, it is a behavioral marker of this very state. Thus, the tail (or rather, with its help) can transmit information about the state and intention.

Dogs wag their tail when they feel joy, pleasure, are in anticipation of something pleasant, but also in a state of aggression, and even fear.

Tail wagging is always context-sensitive. In order to determine its meaning here and now, it is necessary to take into account, first of all, the position of the tail relative to the body, the nature of the sounds emitted by the dog, the severity of the gaze, the position of the ears, body, and even the expression of the muzzle.

Tail wagging speed and range of motion are thought to indicate a degree of arousal. Moreover, the wider the dog flaps its tail, the more positive emotions it experiences.

For example, a benevolent expression on the face, accompanied by a slight wagging of the tail, reflects calmness or friendly interest. The intense waving of the tail, combined with joyful barking and jumping, speaks of exultation, expresses exuberant joy. A quick movement with a lowered tail with a bowed head is a pose of appeasement. Slight flinching of an elongated tail indicates alert anticipation and, possibly, an aggressive development of events.

Dogs often wag their tails in their sleep. This is due to the fact that changing images of play, hunting, or fighting activate the corresponding emotional centers of the brain.

Scientists have come to the conclusion that if the dog wags its tail more to the right, it means that it is in a benevolent mood, but if it is to the left, then it is better to climb a tree.

Moreover, scientists have found that a dog looking at another dog waving its tail understands perfectly well what it is waving about.

Thus, one group of dogs was shown the silhouette of a dog wagging or not wagging its tail, while the other was shown the usual image of a dog. At the same time, the heart rate was recorded in the spectator dogs. It turned out that when a dog saw a silhouette or another dog wagging its tail to the left, its heart began to beat faster. The dog standing still was also stressful. But if the dog wagged its tail to the right, the spectator dogs remained calm.