It is very difficult not to recognize French Bulldogs among dogs of other breeds. A strong physique, small stature, a flattened muzzle, large erect ears, and a practically absent tail – all these exterior features are prescribed for them by the standard. Of particular interest to inexperienced dog lovers are the ears and tails of these dogs. Do you need to dock your tail? Do the ears of the puppies themselves stand up? We will try to give exhaustive answers to these questions.

Contents hide
1 What to Do with the Ears?
2 What About the Tail?

What to Do with the Ears? 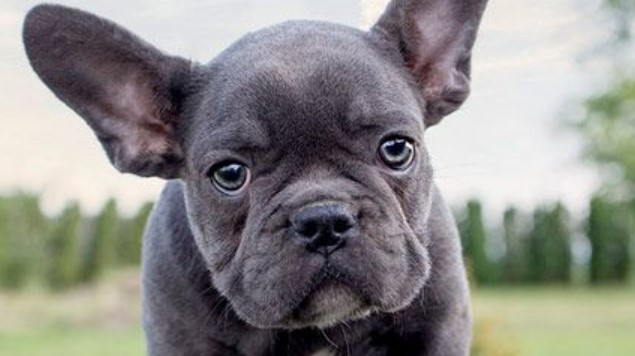 French Bulldog puppies are born with hanging, rag-like ears. As the dog matures, the ear tissue gets stronger and the ears lift up on the cartilage. Usually, this process ends even before the moment when the dog is 3-4 months old. Sometimes it can happen earlier, sometimes a little later. However, if the puppy is already five months old, and the ears have not risen on their own, the owner needs to intervene in such a seemingly natural process.

Important! The ears of the French Bulldog can remain hanging due to a lack of calcium in the diet or due to the fact that the dog is not purebred.

You can put the ears of the puppy at the veterinarian or do it yourself. No surgical interventions are required, the procedure is quite simple and safe. They call it to glue.

Before you start gluing, you need to purchase a wide paper or medical adhesive plaster, bandage, cotton wool. The process itself will not take long. Small rolls 4-5 cm wide should be rolled out of cotton wool. For reliability and greater stability, cotton rolls are wrapped with a bandage. Then one roll is inserted into the dog’s auricle, wrapped around the remaining bandage, and fixed with plaster. After that, the manipulation is done with the second ear. Then, with plaster, both ears are connected to each other. The main thing is to ensure that they are always upright and symmetrical.

Important! You need to wear a bandage for at least a week. If the results are not visible after removal, the procedure can be repeated a second time.

What About the Tail?

Newborn French Bulldogs have small tails, which in most cases are curved at the vertebrae. For many years, the tails of this breed were docked on the third day from birth. And although this procedure has long been banned in Europe, in Russia it is still carried out at the request of the breeder or the future owner.

Important! Tail docking can also be done for medical reasons. Usually, already adult animals are subjected to a similar procedure if they have certain health problems.

For newborn puppies, cupping is most often carried out by the method of squeezing. The tail is squeezed with a tourniquet for a period of 2 to 7 days. The process deprived of blood circulation dies off and disappears by itself.

For adult dogs, clipping is usually done. The procedure can be performed by both a veterinarian and a breeder (if in puppies). After cutting off, it is necessary to monitor the condition of the dog, treat the wound. Do not feed your pet for 12 hours before surgery. The stitches are usually removed after a week.

Important! After cutting off the tail, the adult French Bulldogs usually wear a collar that prevents them from licking the wound.

Each owner decides for himself whether to adjust the dog to the standards or leave it in its natural form. Usually, such moments are discussed with the breeder in advance.