Those who believe that anyone can breed French Bulldogs are very mistaken. In fact, this process is very delicate and troublesome. To achieve the desired results, you will have to make a lot of effort.

Contents hide
1 When Can You Mate French Bulldogs?
2 How to Prepare a Dog?
3 Mating
4 Frequent Mistakes and Problems
5 Pregnancy of a Female French Bulldog
6 Difficulties in Puppy Birth

When Can You Mate French Bulldogs? 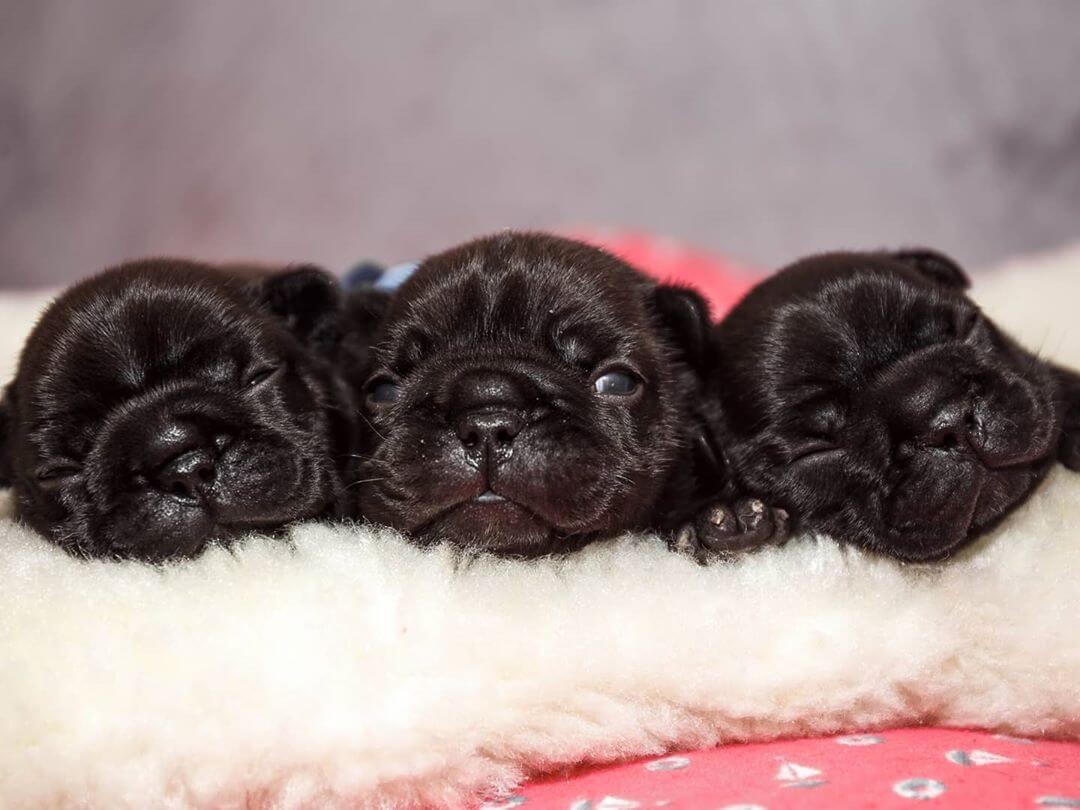 Males are usually allowed to mate from the moment they turn two years old. They end up in breeding after eight to ten years. If there are any health problems, then sooner. Females become ready to conceive after the third estrus. If we talk about age, then this is about one and a half to two years.

Important! The female betrays its readiness to meet the “groom” by behavior. If you stroke it along the back, it will sit down and raise its tail. Also, the readiness for the process can be determined by touching under the tail. If it expands spontaneously, you cannot hesitate.

Mating is usually done in two stages. Repeated (control) is better to appoint one or two days after the first. You can increase the chances of conception with the help of the third mating.

How to Prepare a Dog? 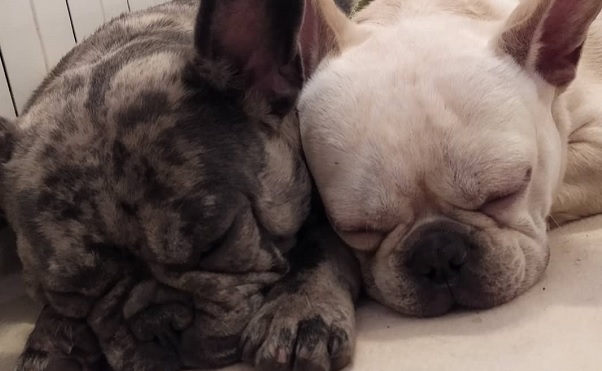 Dogs that have undergone certain training are allowed for breeding. So, the future couple must be given all the necessary vaccinations, treated for worms, and carried out antiparasitic treatment. A month and a half before the onset of estrus, it is advisable to take a blood test from the female. This is necessary in order to determine whether everything is in order in the future mother with health.

One and a half to two months before mating, both the male and the female need to include vitamin and mineral supplements in the diet. It is also necessary to ensure that the dog does not experience stress, does not participate in fights with other dogs.

Important! It is also necessary to prepare the room in which the mating will take place. It should be a quiet place, isolated and impassable. Best of all, if everything happens on the territory of the male.

Manual. This option is perfect for those dogs that have never had a similar experience. Hand mating involves the participation of the owners in the process of FROM and TO. The male is held by the lower back, the female by the neck. The owner of the female puts her knee under her belly, thereby facilitating access for the male. The main thing is not to touch the genitals of the dogs with your hands, otherwise, the process may be disrupted. If the owners also do not have such experience, you can invite a dog handler to help.

Free. It is used in those dogs that previously participated in mating. However, leaving a couple alone is still not worth it. So that the dogs do not harm each other, you need to put on muzzles. The process can be considered successful if the coupling lasts longer than 5-25 minutes and the disconnection occurs spontaneously.

It is not necessary to separate the dogs by force. If the coupling still does not happen, the procedure is repeated after 1-2 days, if the condition of the female allows it. After mating, the dogs need to be fed, walked, and allowed to rest.

Quite often, breeders are faced with the fact that females behave aggressively towards the male. Do not be afraid of this, for them this behavior is considered the norm. The growl usually doesn’t last longer than a few minutes. A muzzle can help avoid problems. You can also restrict your dog’s movement by squeezing it between your knees.

It is also necessary to help the dog. If he cannot find the loop, he can be put on the croup of the female. If this does not help and the male begins to get nervous, the female needs to be taken out of the room for a while. After the “bride” is again in the same room with him, he will begin to act more actively.

Even if the male dog is in the loop, and there is still no lock (coupling), you should not interfere with the process. Fertilization can occur even in this variant. If there is no lock during further mating attempts, there may be something wrong with the girl’s health.

Pregnancy of a Female French Bulldog

If the mating was successful, the female will become pregnant. The whole process lasts about three months. Puppy birth can be either on the eighth or tenth week.

Intensive care for a pregnant female is necessary four weeks after mating. During this period, the dog needs to be taken to the veterinarian for an ultrasound scan. From the fifth week, the diet should be changed for the expectant mother. Walks are becoming more frequent, but not as long as they used to be. In the last days before puppy birth, it is necessary to give up games and provide the expectant mother with peace of mind.

Important! A few days before giving birth, colostrum will begin to excrete from the nipples of the bulldog.

Representatives of this breed give birth hard. This is usually due to puppies having too large heads. Leaves an imprint on the process and the fact that the breed was artificially bred.

During puppy birth, the female must be closely monitored. It is better if a veterinarian is present with them. Some dogs may be given a cesarean section.

Important! Quite often it happens that the female gives birth to the first puppies herself, and the rest have to be obtained through an operation.

The female should give birth in a place isolated from other animals. Better if it is a basin or a large box. The litter should be clean and dry. It is necessary to observe the giving birth to the female and puppies for some time. If it becomes noticeable that something incomprehensible is happening with the dog or the kids, it is better to call a veterinarian to the house.