The French Bulldog is a compact, firmly built dog with good bones, a square head, broad chest and short, muscular legs. Expressive bulging eyes, large erect and snub nose on a flattened muzzle give the animal a special charm. The tail should be short from birth and not too long.

Contents hide
1 How Much Does a Blue French Bulldog Puppy Cost?
2 History of the Blue French Bulldog breed
3 Personality
4 Distinctive features
4.1 Dimensions and other features of the blue bulldog:
4.2 Physique: strong, muscular.
5 Custom Shades
6 Life expectancy and health compared to other species
7 How to choose?
8 Summary and Conclusions

How Much Does a Blue French Bulldog Puppy Cost? 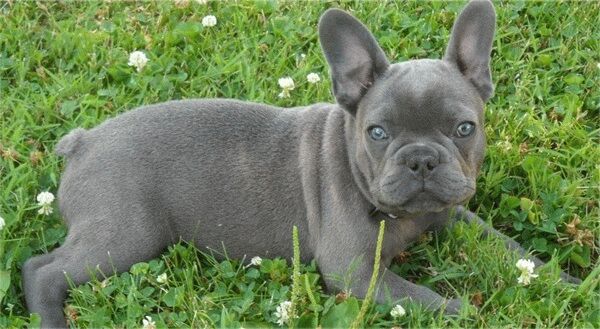 French Bulldogs are a relatively young breed of dog and do not have the longest history: 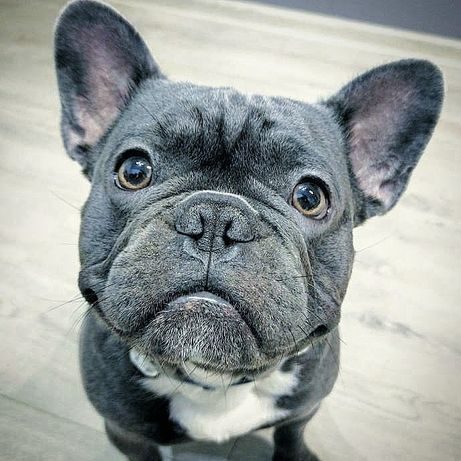 Breeders and dog handlers believe that blue bulldogs do not differ in anything other than the color of their “standard” brethren.

Just like all Frenchies, they are largely characterized by the following character traits:

Before you start a Frenchie, you need to take seriously the fact that this is not just a funny indoor bulldog peeing in a tray.

Firstly, despite its diminutiveness, it still needs constant walks filled with vivid impressions and opportunities to throw out its stormy energy.

Secondly, Frenchies simply love to dominate, and if the owner often follows the pet’s lead, the character and psyche of the bulldog are distorted very quickly.

Thirdly, you need to immediately tune in to the fact that the “French” are quite expensive in feeding and treatment.

Dimensions and other features of the blue bulldog:

The big head has a square outline and a darker color. Due to the peculiarities of the structure of the head and its massiveness, French Bulldogs cannot swim.

The presence of an upturned flat nose and flattened muzzle leads to the fact that the breathing of bulldogs is difficult, they do not tolerate heat and prolonged loads.

Frenchie skin has many folds that require special care in order to avoid specific diseases. But his short coat is enough and minimal maintenance. 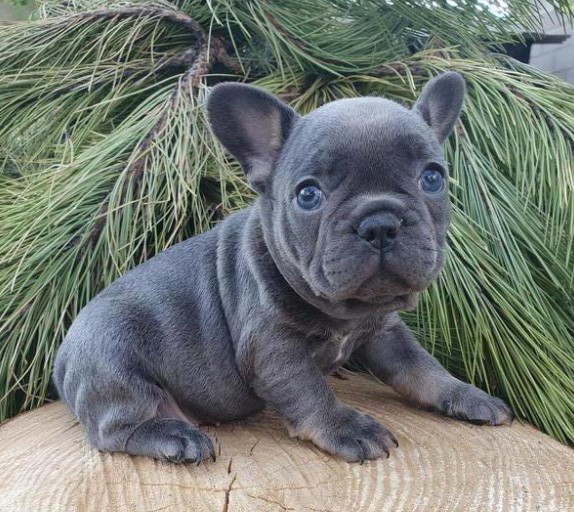 At the moment, blue French Bulldogs are known in the following shades:

Life expectancy and health compared to other species

Various studies and many years of experience of breeders and veterinarians show that the color of bulldogs has practically no effect on their character, health, or life expectancy. All the features inherent in the Frenchie, in general, are also characteristic of their fellows of the blue suit.

Blue French Bulldogs have the same lifespan (10-15 years) and the same typical diseases:

Dogs with dark coats overheat much faster, which can lead to serious consequences.

The dark color makes it difficult to inspect the pet. It is recommended to check its condition with particular care after each walk since ticks, injuries and other problems on dark wool are less noticeable.

As already mentioned, the owners of the blue suit on the territory of our country do not have official documents, as well as the rights to participate in exhibitions and inbreeding.

Blue color among French Bulldogs is now considered especially fashionable, and such dogs are in great demand.

Cases of fraud here, therefore, are not rare.

It is highly recommended to take your dog only from trusted or well-established breeders.

Some more useful tips when choosing a pet: 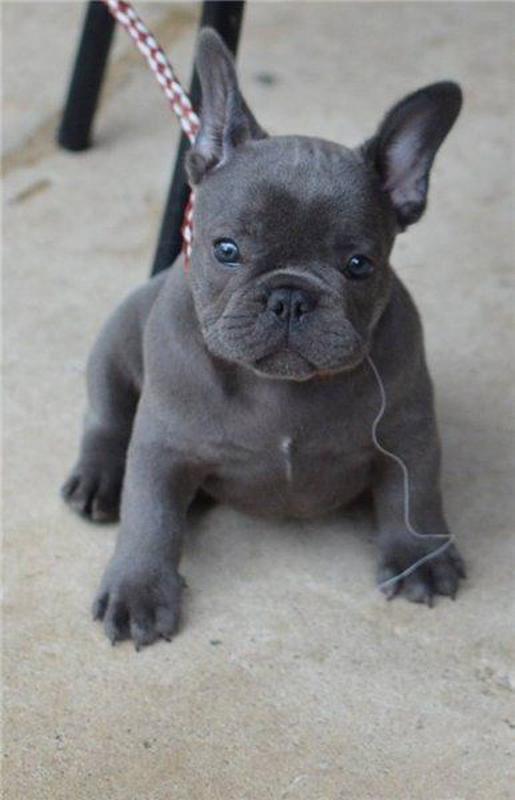 The exotic color and funny miniature size of blue French Bulldogs, as time shows, do not affect their canine nature in the least. They also require attention and a conscious attitude. Their gratitude and loyalty to a worthy master will know no bounds.