In accordance with the breed standard, white and colored Bull Terriers are recognized. In this case, skin pigmentation does not matter.

If everything is clear with the white color, then the color includes black, brown, red, and brindle, with preference given to brindle bull terriers. 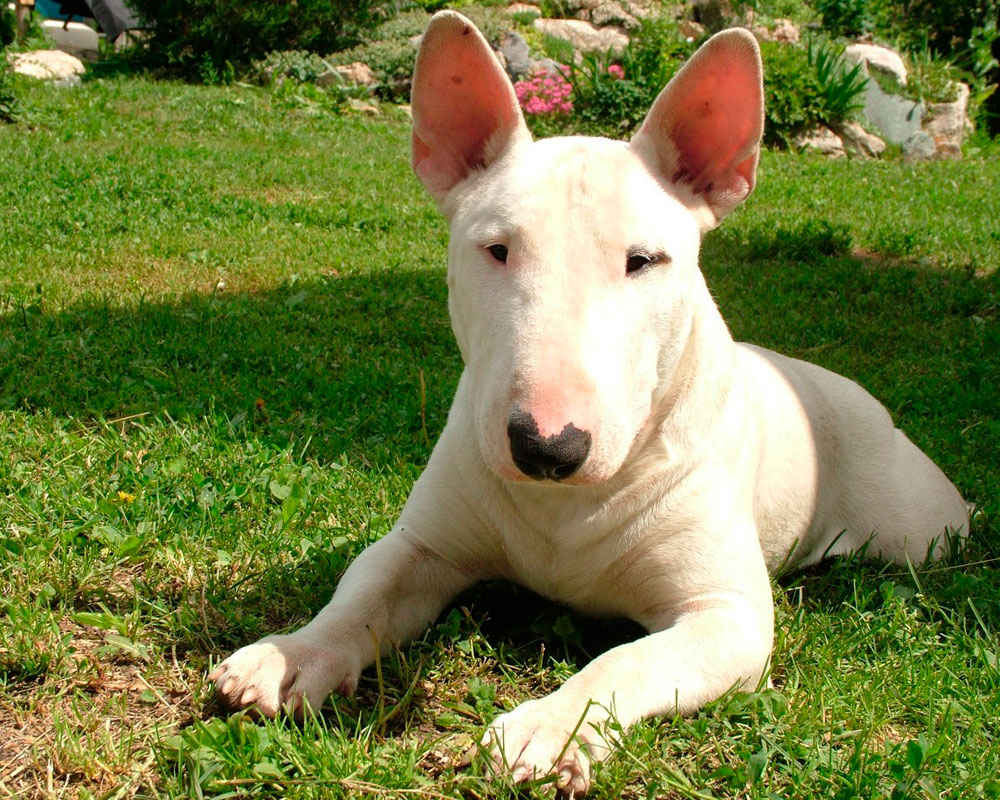 White bull terriers are the most common, while white bulls include not only dogs with solid coat color but also those that have marks of any color on the head (not below the neck), for example, black spots on the muzzle (monocles), red ear. Skin pigmentation is tolerated and not considered a fault. But if there are marks on the body, then the color is considered white with marks. 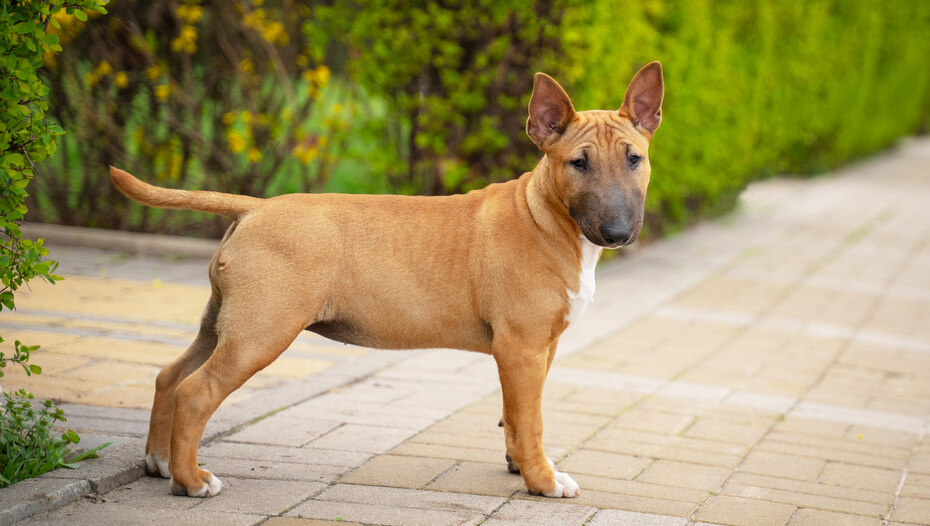 The Ginger Bull Terrier has a solid ginger color without any markings. Red can be of any shade, up to dark brown, but if red is very light, then the color is already considered fawn and will be undesirable. 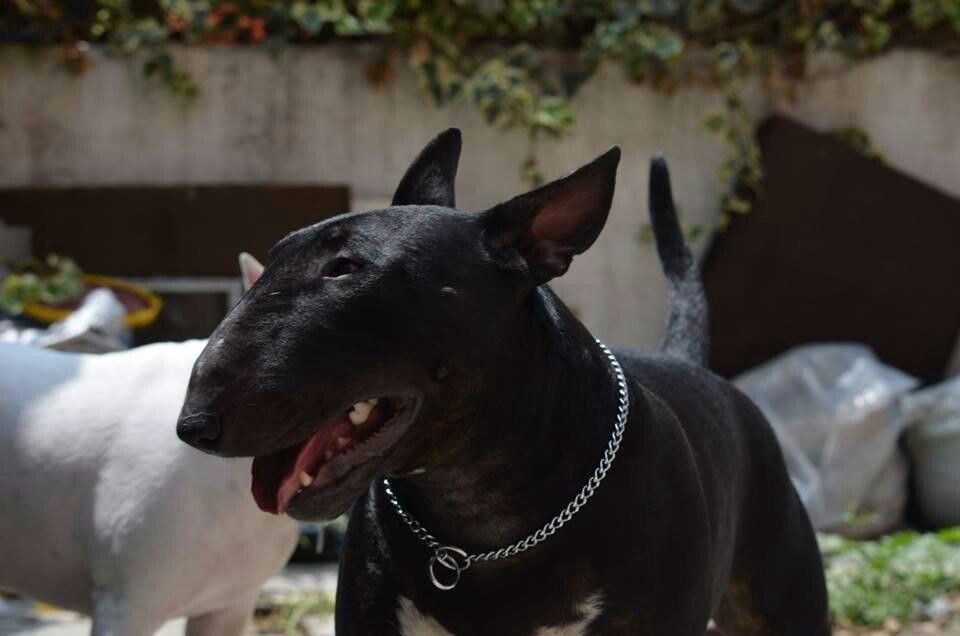 The black color of the coat is less common, most often there are insignificant white areas, for example, on the legs, chest and therefore, despite the predominance of black, this color is considered as two-tone. 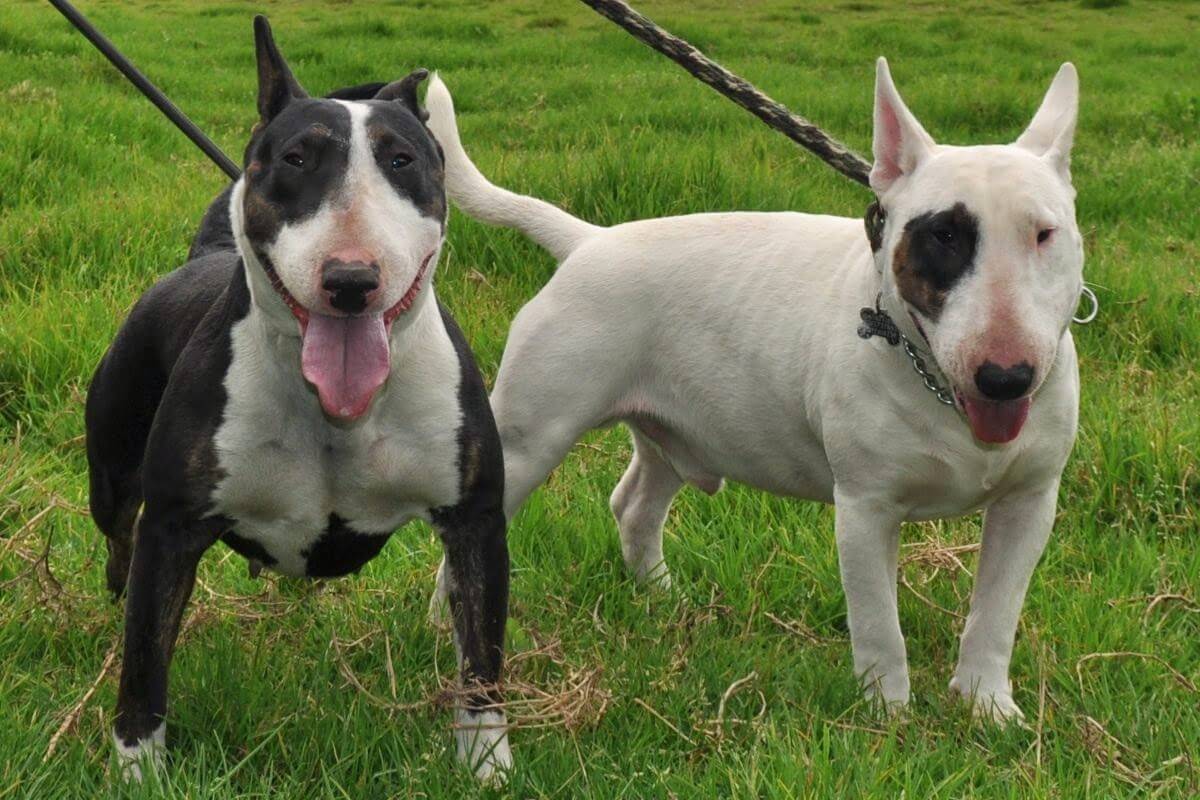 Two-tone bull terriers are distinguished by the fact that the coat has white areas and areas of any other color, for example, black, red. Moreover, black, red, brown can prevail over white. White areas can be found on the face, paws, tail, chest, the main thing is that their total area does not exceed 50%. The name will sound like a red & white, black and white color.

Tricolor includes black, red (brown), and white, often black predominates, white should be no more than 50%. Red is the least, the color appears in the form of small areas on the muzzle, chest, hind, and forelegs, under the tail. All colors are clearly visible. 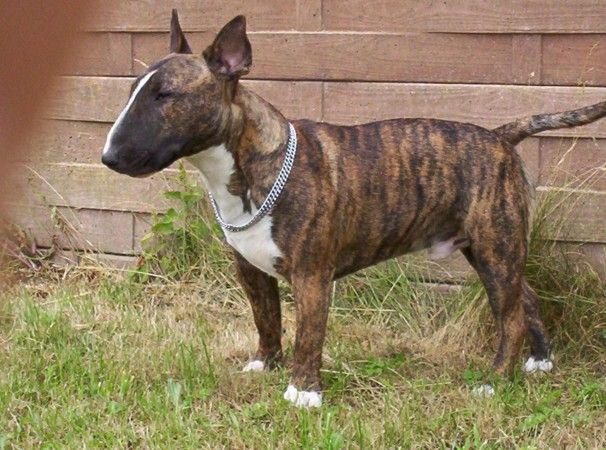 Brindle Bull Terriers did not immediately get the opportunity to compete for titles at shows, but they were eventually recognized. Preference is given to red-colored bull terriers with dark stripes, although black ones with red stripes can also take part in exhibitions. 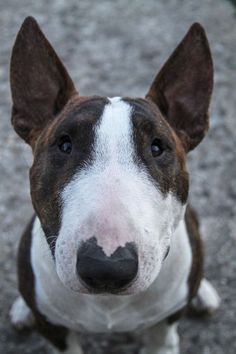 The coat colors listed are standard, but there are others that are considered undesirable, such as blue and fawn. Such, especially blue, are still quite rare. Bull Terriers of this color should not be allowed to breed.