Chihuahuas with a maximum bodyweight of 3 kg are recognized as the smallest dogs in the world. However, it also happens that puppies are born, which even in adulthood weigh less than the established norms. 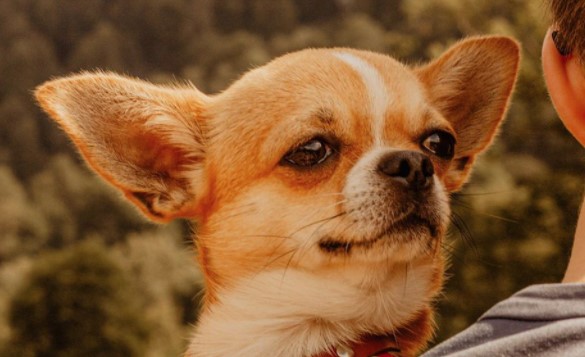 The ancestors of the modern mini chihuahuas are the Techichi who lived in Mexico. Initially, dogs existed only in short-haired form, but individuals with long hair soon appeared. Both the first and the second are considered officially registered, and this is the only permitted division into varieties. Everything else is considered unofficial.

The division by weight is also conditional. So, Chihuahuas are called miniature, whose weight ranges from 1.5-2.5 kg, and their height does not exceed 23 cm. However, there are even fewer supermini Chihuahuas. Their weight rarely reaches 1 kg.

Miniature Chihuahuas are no different from their standard counterparts. Their heads are apple-shaped. Bulging foreheads, bulging eyes. Ears are always erect, triangular in shape. The body is compact, slightly elongated, the chest is wide and deep, while the abdomen is tucked up. The tail tapers towards the tip, wide at the base. The front legs are straight and the hind legs are parallel.

The colors and type of coat in these dogs do not change depending on the height and body weight. In smooth-haired dogs, the topcoat is smooth, close to the body. It shines beautifully in the sun. Long-haired individuals have a soft and glossy coat that can be straight or slightly wavy. The first type is much more widespread than dogs with long hair.

The most popular colors include pure white, red, black with white markings, and brown. The merle color is considered prohibited. Dogs in this color look very attractive but have a lot of deviations in terms of health.

The temperament and behavior of mini chihuahuas are the same as that of standard chihuahuas. They are very brave, moderately capricious, and proud. They see the whole world in the owner and cannot imagine life without him. They like to have fun and spend time playing active games. They need special care with the right diet and regular hygiene procedures.

Important! The miniature variety is not officially recognized. It is impossible to predict whether a puppy with a similar appearance will be born in a litter. However, mini-Chihuahuas are being born more and more often, which suggests that they will soon be recognized.