Miniature Schnauzers, despite the fact that they are quite small and funny, have a rather lively and complex character. It will not work to turn such a pet into a decorative sofa dog. In order for a worthy member of society to grow from a puppy of this breed, the owner will have to spend a lot of energy on education and training. 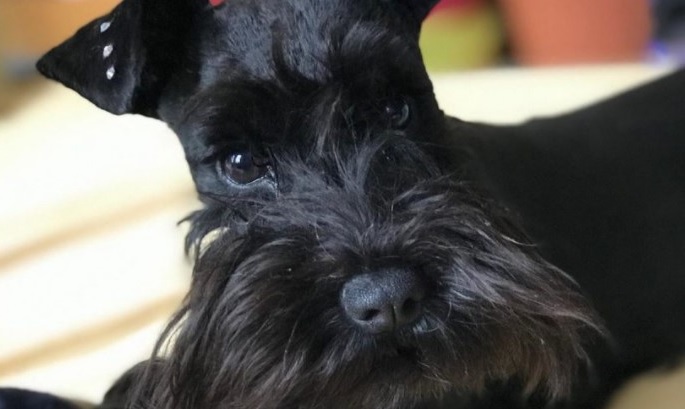 Usually, puppies of miniature schnauzers move from the kennel to a new home at the age of 2-2.5 months. You need to start teaching your baby from the first minutes of his being in a new home. The pet is shown the boundaries of permissibility, unacceptable actions are nipped in the bud. So, if the owner does not want the dog to sleep on the bed with him, he should never allow him to do so. Discounts for puppyhood are not allowed. The same principle should always be followed. You do not want to? Do not allow it!

A puppy who has just got into his new home needs to be given time to get used to it. The pet is shown his bed, bowls for water and food, they are given permitted toys. In the first days after the move, do not disturb the little schnauzer too much. It is better if he spends 7-10 days in the company with the owner, without strangers, and going out into the street. In addition, this time usually coincides with the post-vaccination period, when walking is prohibited. During this period, the baby should relieve himself in a tray or on a diaper. It is difficult to accustom him to it, but it is quite possible.

What do Experts Recommend?

Experienced dog handlers, people who have not yet had the experience communicating with representatives of this breed are advised to treat them like serious dogs. Even if the miniature schnauzer is small, his/her temperament is the same as that of a large Schnauzer. So, in raising these pets, it is advisable to adhere to the following rules:

In the process of training, it is better to use the method of rewarding with treats. It helps to reinforce the reflexes of the execution of voice commands and those that are given with the help of gestures. However, when it comes to inhibiting commands, this method is not suitable.

The most suitable training method for this breed is considered to be the “contrast method”. It includes rewarding and mechanical action. So, mechanical methods are aimed at stimulating the dog to fulfill the given commands. In doing so, incentives reinforce instincts and results.

A playful form of training may also be present. However, it is best to teach in the form of a game to dogs that are not yet one year old.

It is allowed to use the imitative method in the education of miniature schnauzers. He will help babies to learn obedience using the example of adults.

How do you know if your puppy is learning? Everything will be noticeable by his behavior. So, the pet will become interested in the lessons, he will remember everything without additional repetitions. The dog will respond to commands flawlessly, even if there are distractions.

Lessons shouldn’t take too long. The optimal duration is 30-40 minutes. It is better that during the learning process no one distracts either the owner of the animal. The best place would be a quiet outdoor area or a back room in the house. It is not worth feeding the “student” before the lesson. On an empty stomach, the method of rewarding treats is better for him.

The first thing a kid should learn is basic commands. “Lie down”, “Stand”, “Don’t”, “Place”. The training algorithm is as follows:

It is necessary to repeat until the dog learns to do everything by voice command.

In addition to honing your obedience and command skills, you need to be mindful of socialization and behavior in public. So that the puppy, and in the future an adult dog, is not afraid of people, it needs to be introduced to close friends and relatives.

In addition to basic commands, a miniature schnauzer can be taught tricks, agility, search skills. For this, the pet is enrolled in special courses.