Chihuahua dogs are very attractive in appearance. They have big eyes, erect ears, beautifully shiny and soft fur. It is the coat, or rather its color, that becomes the main criterion when choosing a puppy. So, there are a lot of varieties of colors inherent in these miniature decorative dogs. Redhead is considered one of the most common and attractive. 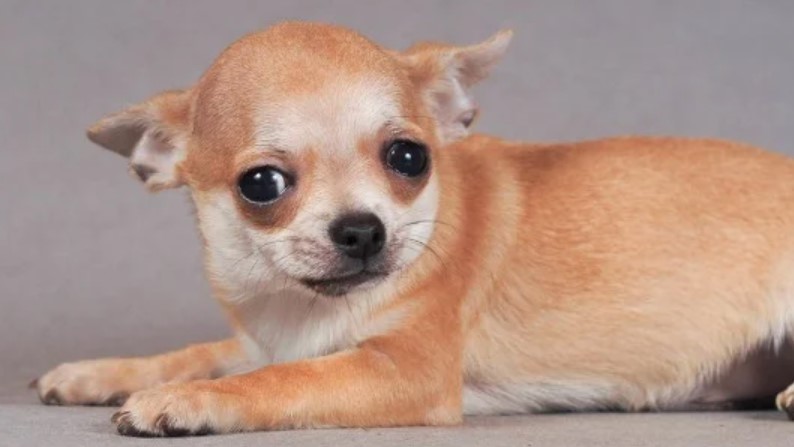 Although this color is considered one of the most common and in demand, it is not so easy to find a dog with a pure red coat. It is worth saying that mono-colors for this breed, although characteristic, are very rare.

Among breeders, red is considered to be a color that combines a palette from faded to rich and bright colors. The most common option is considered to be a combination of red and whitish. Splashes of white color are located on the head, legs, chest, and tail of the Chihuahua. In addition, you can also find dogs with other color options:

Important! Any of these varieties are considered breed-specific and recognized by the World Cynological Federation.

In addition to red, Chihuahua can be found in the following colors:

The black. A rare option when it comes to mono color. Much more often puppies are born with black hair and white markings.

White. It is very difficult to meet a pure white dog. In most cases, this color serves as a background for more contrasting colors. Sometimes the white color of the Chihuahua’s coat is considered a sign of albinism.

Chocolate. It resembles a brown color, but a more red tint is inherent in it. It is clearly visible in bright light. Some dogs may have blotches on the paws and chest, tanning on the sides.

Blue. The coat of these dogs has a silvery gray tint. The nose and eyes cast a smoky color. The fur resembles this interesting shade only under the sun’s rays. You can also find dogs with blue-white, blue-fawn, sable, tan, and brindle variants.

Brindle. This is where the real curiosity is. Dogs with this “predatory” color are desirable for many breeders. It is characterized by the presence of a schematic pattern of spots and stripes. The background is usually dark. Other shades may be present.

Lilac. It is also considered a real rarity. It looks most attractive on dogs with a long coat. In intensity, it can be either almost pink or dark lilac.

As for the prohibited colors, there are not so many of them. Only marble is considered an undesirable option for a Chihuahua. Despite the fact that he looks great, the dog can bring a bunch of health problems. Puppies of this color are born either blind, deaf, or sterile.