There are many dog ​​breeds in the world. Some are used for guard-post service, others help in grazing agricultural livestock. Hunting classes have always occupied a special place and continue to occupy them to this day. But there is also such a group as decorative dogs. They are considered ideal companions for people of all ages. For the most part, they have a small body size, beautiful, allowing you to make intricate hairstyles and haircuts. So, among the most popular decorative dogs are Chihuahuas. This breed is in great demand due to its unique appearance, cheerful disposition, and long lifespan. Today, dog handlers distinguish several varieties of Chihuahuas, which you can familiarize yourself with in our article. 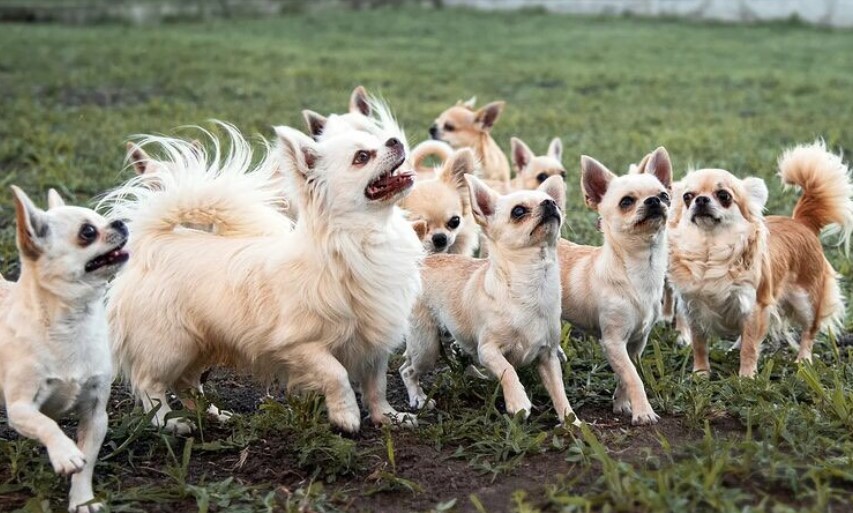 Representatives of this breed can be divided into several groups. The classifier is the type of coat, body type, size, and even the shape of the head.

Chihuahuas can have smooth and long hair. Interestingly, it is impossible to determine what type a newborn puppy will have. The final formation of the coat will be completed only after the dog turns 3 years old. So, a pet can become the owner of both a smooth, short, and tight fur coat, and a fluffy hairstyle. In long-haired individuals, the topcoat can be straight or with a slight wave. They have feathers on their ears and paws, and a fringe on the tail.

Few people know that there are varieties of dogs bred on the basis of Chihuahuas, differing in body type. This can be explained by the fact that they are not officially recognized by canine organizations. However, they are quite common among professional breeders and hobbyists.

So, as a result of the experiments carried out, Chihuahuas were bred:

Cobby. These dogs have a strong body, wide chest. The head is set on a large neck. The ears are small and erect. Eyes without bulging eyes, but round and expressive. The appearance of these miniature dogs can be described as brutal. They are valued much higher among buyers.

Deer. Sometimes deer-type chihuahuas are confused with toy terriers, as they have many similarities in appearance. Their physique is frail and thin. The limbs are long and thin. The overall appearance is sleek.

Interesting! Cynologists who study the origin of the breed believe that modern deer-type chihuahuas are more similar to Techichi than Cobbies.

For division into types according to this parameter, the following terms are used:

Standard. An adult sneeze weighs in the range of 1.5-3 kg.

Supermini. Even an adult Chihuahua weighs no more than 1 kg.

Experienced dog handlers do not recommend having dogs of extremely small size and weight at home. There is much more trouble and problems with them than with individuals that have standard parameters.

Chihuahuas can have two types of head shape:

Apple-shaped. The forehead is large and prominent. The muzzle is short, the stop is pronounced and deep.

Reindeer-like. Elongated muzzle, narrow skull. It is believed that the deer-like head is more common in dogs belonging to the Dir type. However, it is not uncommon for puppies with a similar appearance to be born to cobby parents.

If you want the puppy to participate in exhibitions and breed breeding in the future, choose from the standard groups. Their representatives will be able to give healthy and viable offspring.