Shar-Pei, despite the fact that their origin goes back to deep centuries, cannot boast of excellent health. Most likely, it is all to blame for the fact that people, trying to save these wonderful dogs from extinction, carried out the chaotic selection. Crossbreeding was carried out with all dogs, even slightly similar to Shar Pei, representatives of other breeds. This was the main reason that Shar-Pei do not live so long and get sick quite often. One of the most common problems they face is entropion.

Contents hide
1 Shar-Pei: Eyelid Twitch
1.1 Symptoms
1.2 What if the Dog has Entropion? 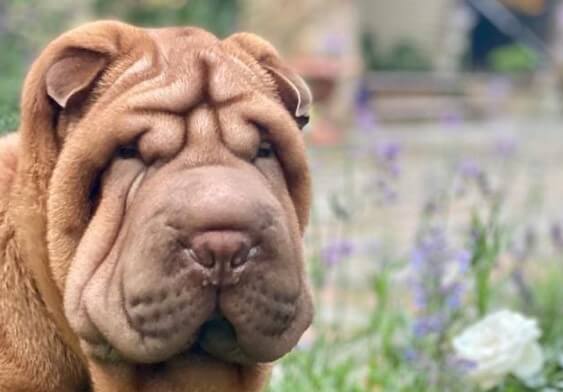 Under this name, it is customary to mean the wrong position of the eyelids in relation to the eyeball. Entropion can form in one eye or both.

In Shar-Pei, a similar pathology can be found both in adulthood and in puppyhood. In most cases, it develops due to the abundance of skin folds on the face. In addition, among the reasons for the formation of a turn of the century include:

In advanced stages, the volvulus of the Shar-Pei eyelid can be noticeable with the naked eye, if this is not prevented by the abundance of skin folds. As for early diagnosis, attention should be paid primarily to behavior. Both an adult dog and a puppy who encounter entropion will always try to rub their eyes with their paws. In addition, the Shar-Pei may start to jerk his head frequently. The pet’s mood will change, it will be lethargic, apathetic, or even aggressive. Appetite and desire to go for a walk will disappear.

Clinical manifestations of volvulus of the eyelids include:

With an advanced stage, ulcers may appear on the skin around the sore eye.

What if the Dog has Entropion?

Stapling. It is carried out for both adults and kids. The staple is placed temporarily using a special stapler.

Hemming. It is carried out in a surgical room with a needle and thread.

Operation. Appointed in especially advanced cases. During the manipulation, a part of the skin is removed from the eyelid, which makes it heavier.

Which method to choose is usually decided by the dog owner after consulting a veterinarian. It all depends on the age and health of the animal. In any case, this kind of manipulation requires further and careful pet care.