Dogs with world history have been on the brink of extinction several times. The genus was restored with the help of individuals with a close relationship. Because of this, something in appearance could have changed over time, but the general features remained the same – a hippopotamus-like muzzle, skin with many folds. So, Shar Pei can also boast of a fairly large list of standard coat colors. But does it include gray (graphite, silver)? Let’s figure it out.

Even pedigree parents with the correct standard appearance can sometimes have unusual children. These include Shar Pei, whose coat has a gray tint. It is known that it is not included in the breed standard. But things are not always called by their proper names. So, quite often blue and lilac Shar-Pei are called silvery.

Important! An exception may be puppies that have acquired a graphite color as a result of a genetic mutation.

Dogs with blue fur are most often identified in this way by people who do not understand the intricacies of the breed’s appearance. Indeed, in some cases, their fur coat casts silver or graphite, but it is blue that is indicated in the passport. The skin of these dogs has the same shade as the coat. 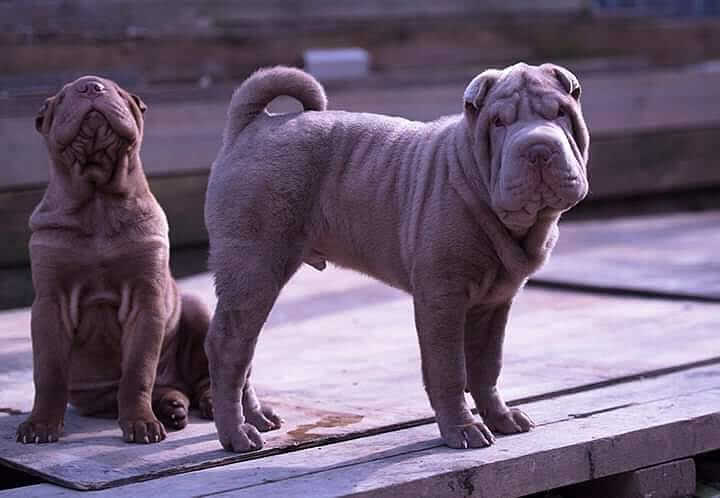 Lilac dogs are a real rarity. They are also periodically called gray, but not as often as blue. Dark purple individuals can be confused. Those whose fur coat casts pink or chocolate are most often called correctly. The skin of such pets is slightly lighter than that of the aforementioned option.

Remember, gray or graphite is not standard. If they are trying to sell you such a puppy, it is better to refuse the deal. The breeder is clearly trying to trick you.