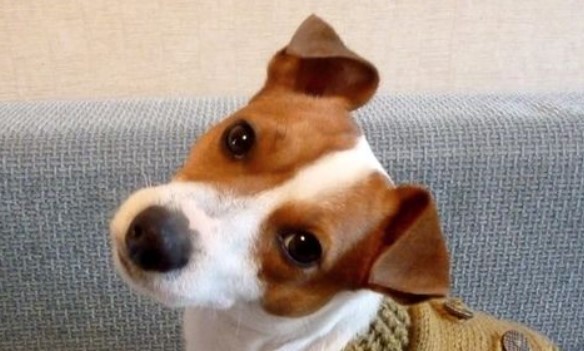 Due to their cheerfulness, Jack Russell Terriers quickly became popular all over the world. However, the popularity played a cruel joke on them: now, in order to find a good puppy, you have to choose a nursery very meticulously.
The brave and hardy Jack Russell Terrier Botty is the only dog ​​that has visited both the North and South Poles.

The line of terriers, who hunted together with a pack of hounds, went into the hole and drove the foxes, was brought out more than a century ago by the Devonshire priest, and part-time amateur hunter Jack Russell. In addition, he was an expert on terriers at shows in West England, one of the first organizers of the English Kennel Club in 1873, and co-author of the Fox Terrier standard. But he did not register the dogs of his breeding and did not show them at exhibitions, considering them exclusively working.

The progenitor of the Jack Russell Terriers, a bitch named Trump, is not very similar to the modern representatives of the breed. It is small, light-boned, with a miniature head and coarse fur. Soon, the Reverend’s terriers were reputed to be the best burrowing hunters and became known throughout Great Britain. He probably poured the blood of Bull and Terriers to them in order to achieve even greater anger towards the victims. However, herd books were never found.

In fact, the Jack Russell Terrier until 1900 was an old type of fox terrier. After the death of the monk, these dogs were called “working terriers”, and only in the 30s of the 20th century were they named after the creator of the breed. Hunters considered it permissible to cross their dogs with any breed to “improve” them, mainly with Sealyham, Welsh Corgi, and Lakelands. The result was the emergence of dogs of the most varied appearance. Preference was still given to dogs with short or coarse hair – less clay and damp earth adhered to it, hindering movement. The white color was also welcomed – it allowed not to confuse the dog that crawled out of the hole with a fox. But later the practice of interbreeding was found to be ineffective since the hybrids did not have an ardent passion for hunting.

After a period of popularity in the middle of the 19th century, and after the death of Parson Jack Russell, this breed was practically forgotten for some time. However, in England, there are still dogs whose breed purity is the same as during the life of their creator.

In 1975, the English Russell Terrier Club was created, which approved the first (albeit unofficial) standard, which provided for two varieties: short-legged (up to 27 cm) and high-legged (up to 37 cm).

In 1983, the Kennel Club registered the breed, but the standard was approved only for the Parson Jack Russell (high-legged). The breed was finally recognized by the British (and then by the FCI) in January 1990. 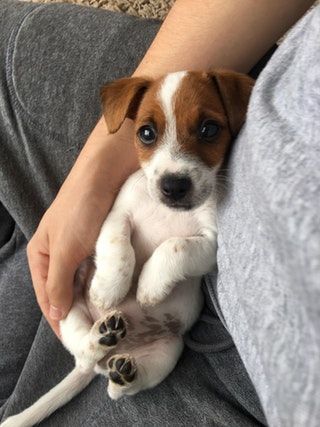 The miniature variety was not popular with the judges. Fans of these dogs considered this fact to be unfair. The cynologists of Australia came to the rescue, who created the Australian Jack Russell Terrier Club in 1972 and founded the Studbook. In 1991, “Babies” were recognized as the main canine organization in Australia – the National Kennel Council. It was from Australia that these dogs began their triumphant march around the world. And in October 2001 the FCI decided to split the Parson Jack Russell Terrier breed into two separate breeds.

Nowadays Jack Russell Terriers are hunting dogs, farm dogs, but most of them are companions. They are especially appreciated by the owners of stables – for the passion of Jack Russells to exterminate rodents.