Yorkshire Terriers are cute, miniature dogs, but don’t judge their character by their angelic appearance. The Yorkshire Terrier’s personality is that of a big beast: strong, independent, confident and brave. Moreover, he is so brave that a Yorkie can easily quarrel with a dog, which is several times larger than him. 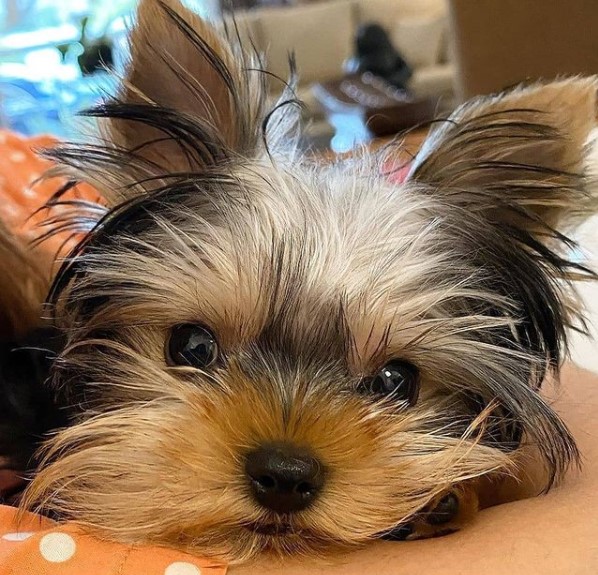 Yorkshire Terriers are one of the most popular decorative dogs, favorites of the whole world. The height at the withers of these dogs is approximately 20 cm and the weight is up to 3.2 kg.

Dogs have a harmonious physique, compact, stocky body, straight back, straight limbs, round legs, the head is proportional to the body, the muzzle is not long, the bite is scissor-shaped. The eyes are medium in size, dark with dark rims. The ears are erect, small, triangular in shape. The tail is docked or left in its natural form, carried slightly above the level of the back, covered with hair.

The coat is long, straight, silky. Color: dark steel on the body, bright red on the chest. 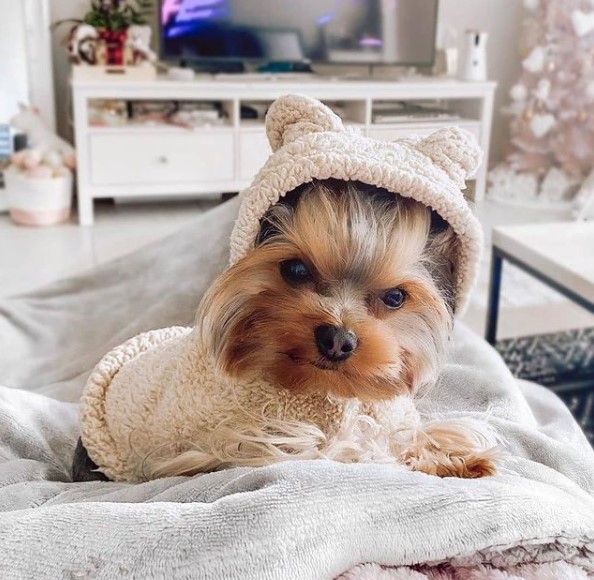 They are inquisitive, agile, benevolent dogs that are loyal to their master – and always stand up for him in case of danger. In addition, Yorkies perfectly feel the mood of a person and are always ready to adapt to it. They love to interact with the owner, play fun games and be the center of attention of the whole family. However, these dogs do not like very noisy children’s games, so it can be difficult for families with small children with a Yorkie.

Movable Yorkies are talented participants in agility. Almost no exhibition takes place without the participation of miniature dogs with a fabulous appearance. But when making a tiny friend, do not forget that a real hunter lives in his soul! You can’t do without a consistent upbringing with a funny fidget. 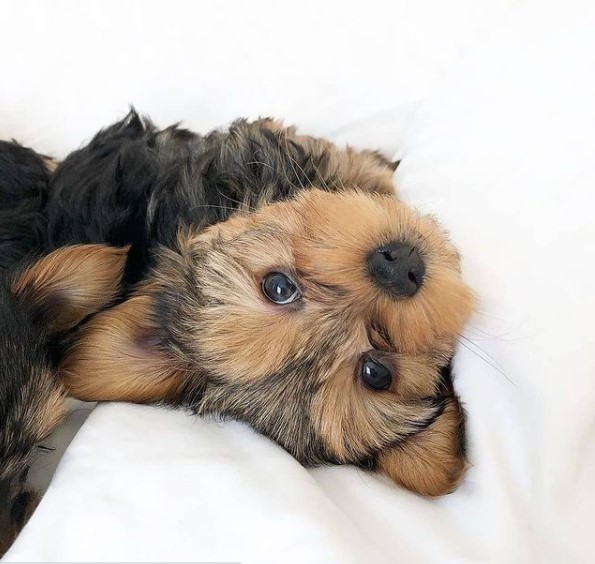 The breed is characterized by fairly good health. The life expectancy of Yorkies is about 15 years, often these dogs live up to 20.

However, a number of diseases can be noted to which the representatives of the breed have a tendency: cryptorchidism, Perthes disease, tracheal collapse, distichiasis. Choose a puppy only from a professional breeder. 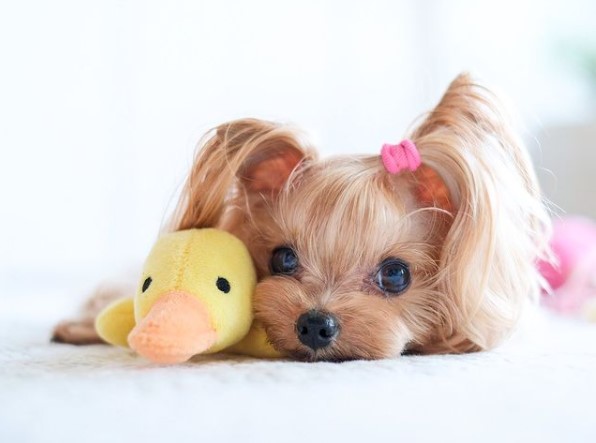 Yorkshire Terriers are ideal apartment dogs. But as a tribute to the hunting instincts, terriers need active games and walks every day.

In general, Yorkie care is standard. Long hair requires special attention: you need to comb it every day and wash it only with professional shampoos and conditioners. 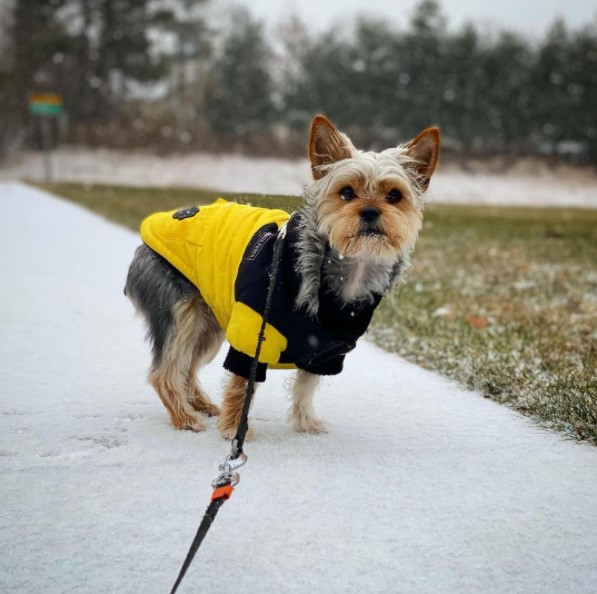 Homeland Yorkshire Terriers – Great Britain. The ancestors of the Yorkies were the Clydesdale Terriers, Paisley Terriers and Waterside Terriers brought to England, Yorkshire from Scotland in the early 19th century.

Initially, Yorkies were used as hunters for rats or burrows, and then became the most fashionable apartment dogs in the world.

The breed was officially registered in 1886, and the first standard was published in 1898. 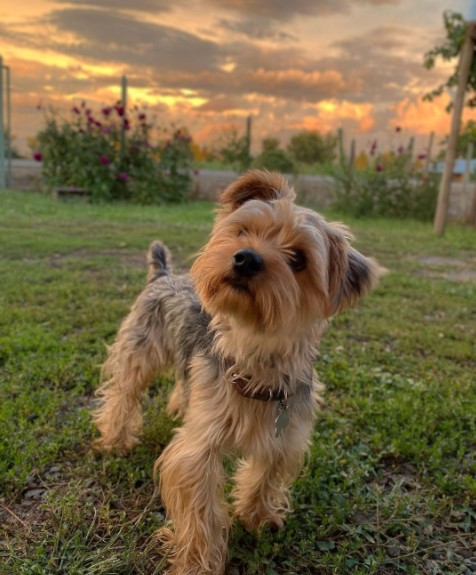 In the 40s, a funny Yorkie named Smokey became a real war hero. The owner of the dog was an Air Force pilot, and he often had to take his pet with him to combat operations. However, during the war, the diminutive but brave Smokey was not taken aback: she warned soldiers about attacks by a Japanese kamikaze, laid communications, rescued the wounded, bringing nurses to them, jumped with a parachute – and even saved her master’s life several times! For valor and courage, Smokey was presented with 8 military awards. Fortunately, the brave dog survived the war safely. She lived to be 14 years old and starred in many programs about bravery and valor during the terrible years of the war.