Shar-Pei is one of the funniest looking dog breeds. This breed is primarily represented by the presence of cute folds of skin and a calm expression of the muzzle. Behind this is a really strong character that can be called ancient primitive power.

This is an active and intelligent dog, which, despite its rather strict and tough character, treats family members quite well and lovingly. With crowned faces, a dog can show aggression only if it feels that they are negative or a threat to the owners of the animal. Shar-Pei is a very brave dog who protects his master to the last. A Shar-Pei dog is a real friend for children, he loves to play with them. But the child needs to be explained that the dog needs to be treated with respect since the pet will not tolerate rudeness and bad attitude. 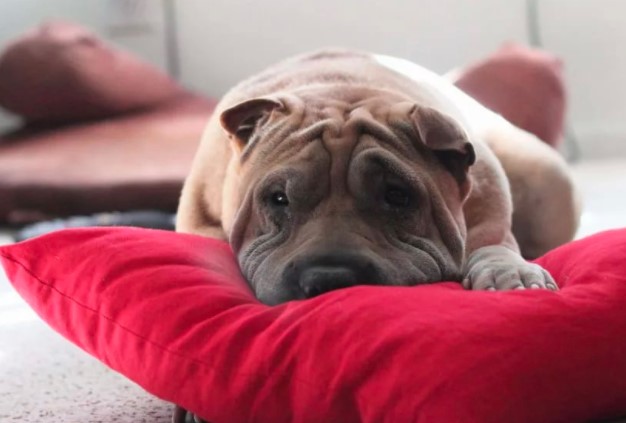 The hierarchy for such a dog is a common thing. That is why, when a puppy lives in a family, he begins to “test” all his “roommates” in order to understand who to obey them and who can be manipulated.

The pet is very attached to its owner, treats him with respect and love, is very sad when parting, but sparingly shows emotions.

Shar-Pei, by nature, is very understandable, loyal, and clean animals. A big advantage when keeping them in an apartment is their small growth, absence of molting, and the characteristic canine smell. 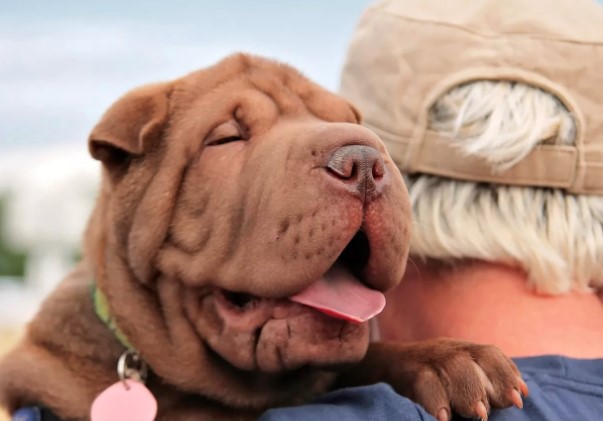 Thus, a large view was opened so that the Shar-Pei could carry out its protective functions. The doghouse must be protected from drafts. This breed is versatile, as it can withstand heat and snowy winters, so it can live in a well-equipped aviary and at home.

Caring for a Shar-Pei is not difficult: comb out the hair with a massager brush, trim the nails, wipe your eyes with a damp cloth. Bathe as little as possible. The most vulnerable part is the ears; there can be serious problems when water gets into the ear canals. Walking is desirable twice a day, without much physical exertion.
The health of the dog depends on a well-chosen diet and feeding regime. Food can be fed both dry and natural. There should always be fresh drinking water at the feeding site. On the packaging of dry food, a single serving is indicated, depending on the weight or age of the dog.

Shar-Pei is a dog for experienced dog breeders. He, in an oriental way, is calm and stubborn. Having easily memorized commands, he may simply refuse to carry them out. Therefore, education and socialization should begin from the moment the puppy appears in the house. In this case, growing up, the dog will become responsive to commands, obedient and loyal. 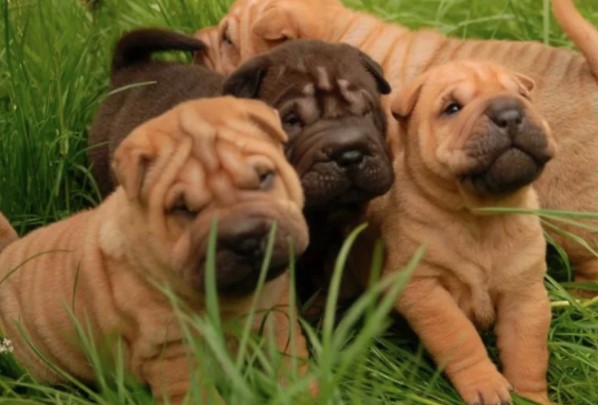 Training should begin at 3-4 months. Learning at such an early age can soften the dominant character traits of the animal. To avoid problems in communicating with cats and other dogs, the little Shar-Pei needs to be taught to play together with them. Also, contact people as much as possible.

Keeping a Shar-Pei has many advantages due to the characteristics of the dog:

If you compare this species with others, the dog has many advantages over them. Caring for a Shar-Pei does not take much time, effort, and money.

The pet’s friendly nature will not let the owner get bored. The pet is distinguished by loyalty and diligence: it follows all the commands of the owner.