Now the breed is gaining popularity – small, active dogs have come to the liking of many breeders.

Initially, the breed was bred by an avid hunter John Russell for burrow hunting. The first representatives of the Jack Russell Terriers appeared in England, and the further development of the breed took place in Australia.

Although the breed itself was bred back in 1880, its official standards were established in October 2012.

Strict standardization was necessary because the Jack Russell Terrier is very similar to a large number of burrowing dogs.

The Jack Russells received the greatest similarity with the Parson Russell Terriers – both breeds differ from each other only in size.

By standards, the description of the Jack Russell Terrier is as follows – it is a working-class terrier with a strong, flexible body. The length of the body of the dog is on average 40 cm, the height at the withers is 25-30 cm, the adult weighs 5-7 kg. The growth of the female is on average 3-5 cm less.

The dog’s head is in the correct proportions. The skull is flat, wide, tapering towards the muzzle. The jaws are strong, wide, the cheekbones stand out well. Scissor bite. 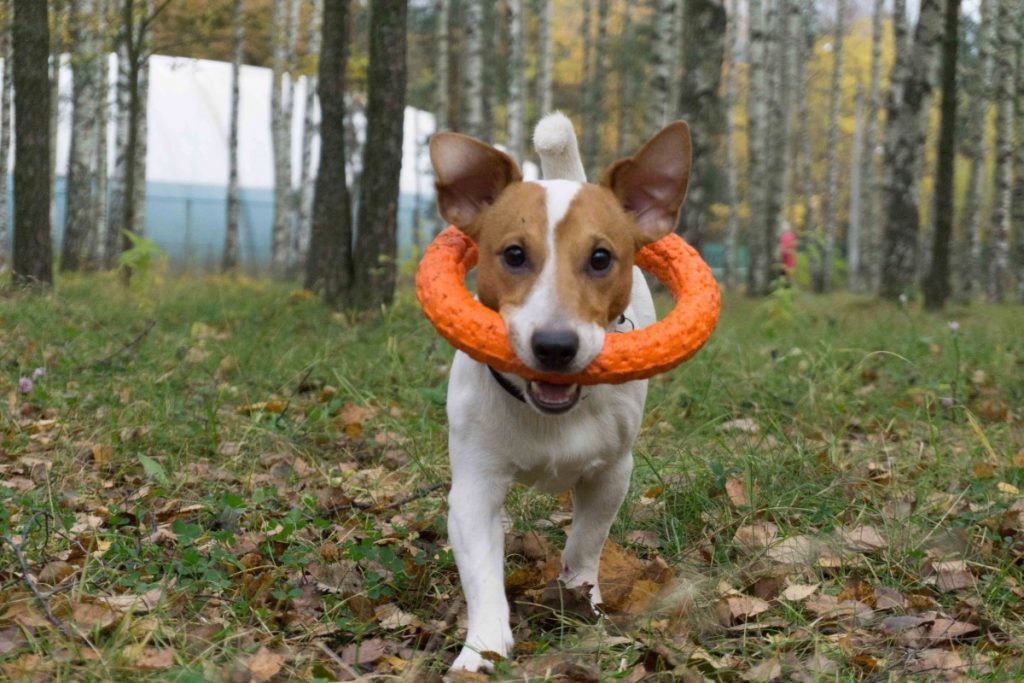 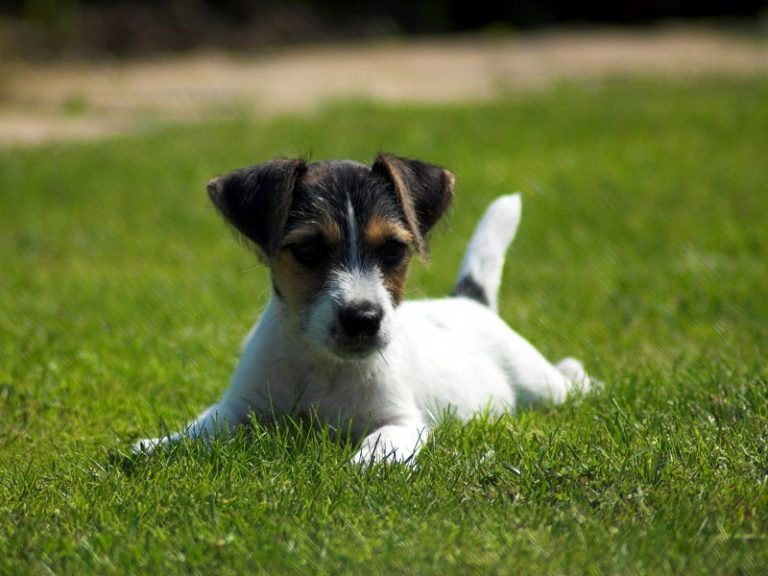 The rib cage is voluminous, not overloaded with muscles. The paws of the dogs are straight, dense, strong, making up half the height of the animal. The fingers are bent. The tail is straight, 1/3 docking is often used. 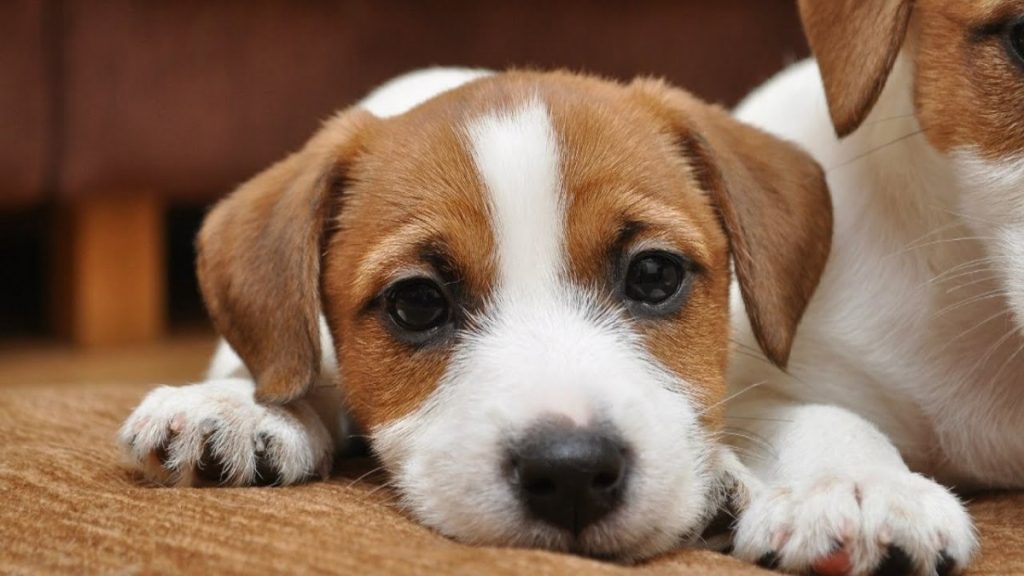 The Jack Russell Terrier coat is available in 3 varieties: smooth, hard and broken. The coat is dyed white - red. Sometimes black is added to them.