When choosing a French Bulldog puppy, first of all, you must decide whether you will have enough time to practice and communicate with the dog, since the French Bulldog is hard to endure loneliness, and the feeling of being unclaimed, unnecessary to the owners can negatively affect the psyche of the pet. 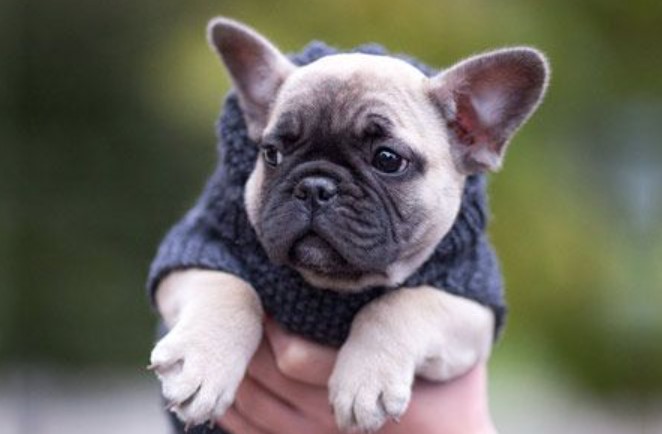 Discuss the prospective purchase with your family members, everyone should share your desire to have a dog.
Remember that you take full responsibility for the health and life of a living being. And you can think about choosing a puppy only when you firmly know that you are able (and ready) to provide all the necessary conditions.
If you are purchasing a purebred dog for the first time, it is best to seek help from a specialist. He will help to evaluate the pedigree of the parents and choose the most promising baby from the litter.
Ask to show you the parents of the future pet. Get a written certificate that lists the vaccinations given to the animal and indicates that the worms were being treated. Asking health questions before you blue in the face is a time when getting bored is more than appropriate.
The future owner of the French Bulldog, who has never previously owned a representative of the breed, is usually advisable to opt for a bitch. They, as a rule, are more accommodating, have a greater capacity for work, quickly become attached to their owners, and less pretend to occupy a dominant position in the family. But it is also important that bitches are in heat twice a year. In any case, the behavior of the dog is more influenced not by gender, but by education.

Experts usually advise buying puppies from kennel clubs, this gives any guarantee that you will become the owner of a purebred and healthy dog.
Take the time to visit the nursery and get detailed advice from the breeder. The optimal choice of a puppy depends on the availability of information.

When examining the nursery, pay attention to the environment. Are they kept clean and tidy? Are there facilities for play?

Ask about the heredity of the puppies, about the parents, about the character and behavior of each candidate for the role of a new household.

It is best to visit several breeders. Observe the puppies carefully.
The optimal age is at least 6 to 8 weeks. Puppies 8 weeks old are already more or less independent in character, independent behavior, not as attached to their mother as in the first weeks of life.
If the question of acquiring a puppy is decided when he is 10 – 12 weeks old, you can be sure that the young dog already has a sufficient amount of social experience – if, of course, the breeder has taken care of this. The adaptation of such a puppy to a new place will be more even and calm.
Particular attention should be paid to the health of the purchased puppy. The baby should have a shiny coat, a strong body, clean ears, strong paws, pink gums, clean shiny eyes, a clean and warm tummy, well-developed white teeth.
Certain character traits appear early enough, therefore, observing babies, you can draw some conclusions. You will be able to understand which of the kids has a docile, calm character, and who seeks to take a leading position, etc.

Some people want to get an adult dog that is less demanding in terms of parenting and care. However, you should not take such a pet solely out of pity. Perhaps she already has a negative experience of communicating with a person, which will certainly affect the relationship between you. This issue must be approached soberly and consciously. Learn as much as you can about the animal. Find out why the dog is given away, if there are any health problems, how it is trained and reacts to people, what it eats, what vaccinations are given, how tolerant it is with other animals, what routine it is used to.