A dog that could not be raised and trained does not exist. It all depends on how much time and effort a person wants to spend on it. As for the French Bulldogs, it should be said that this breed is not an easy one in this matter. It can take a lot of time and effort to raise a French Bulldog from a puppy to a full-fledged member of society.

How to Train a French Bulldog Puppy 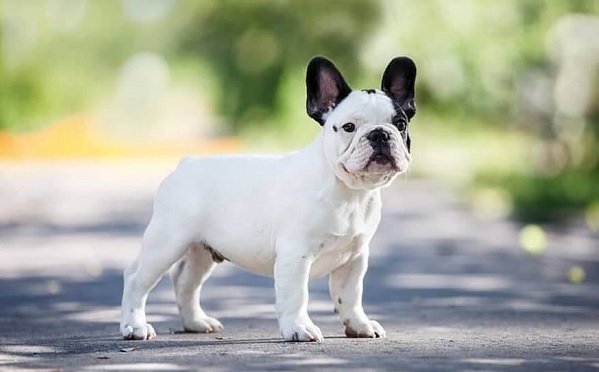 For beginner dog breeders, professional dog handlers can give the following tips for raising representatives of this breed:

It is necessary to start raising a puppy from the first minutes of its being in a new house. Delaying delineating the boundaries of what is allowed and what is not for a week or two is impossible.

The fact that the owner in this house is a person, and not a pet, must also be demonstrated to the dog right away. You need to be prepared for the puppy to test the nerves and temperament of its owner for strength. You cannot make concessions.

Explain to the pet what it is allowed to do and what is forbidden is necessary constantly. If you don’t want your dog to sleep on the couch, don’t allow it. Even once can be perceived as a manifestation of weakness. Weaning is much more difficult than forbidding.

You need to train your pet at the same time every day. It should take 15 to 20 minutes to work out one team. You can repeat the learned skills in a few hours. The dog should not be allowed to do something through force.

Important! The French bulldog should be prohibited from sleeping on the same bed with the owner, spoiling the personal belongings of family members, stealing food, making puddles, and heaps in the wrong places. It is also worth stopping attempts to bite your hands, chase your legs.

The first thing that puppy breeders teach is to pee on a diaper. Then the baby moves to a new home and full-fledged upbringing begins there. Already at the age of one month, a dog can master forbidding commands, learn a nickname. Up to three months, the puppy can still be left on the diaper, after this age it is already necessary to get used to outdoor walking.

How Do You Teach Your French Bulldog Puppy the Basics?

In order for the baby to remember the name, it is necessary to address it only by name. When it’s time to eat or walk, you need to call the dog only by name, without using diminutive forms.

To go to the diaper is usually taught in the nursery, but in the new house, the baby may get a little scared and lose the skills it has acquired. The dog needs to be shown where the toilet is and brought there immediately after eating. If there is a “miss”, the dog can be slightly shamed and taken to the right place. In the same way, you can accustom the French Bulldog to the tray. The main thing is not to forget that at first, you need to put a diaper familiar to the pet in the tray.

Do not forget that the dog must have its own place. So, they are accustomed to the couch from the first day. Even if the baby asks for pens, it must be taken to sleep in a place designated for these purposes.

You can introduce the French Bulldog to other animals after it turns two months old. At the same age, the puppy can be shown to guests. If this is not done, the puppy may grow up too cowardly or, conversely, aggressive.

You need to bring up a pet on the street. You should not be allowed to chase cats, birds. The dog should react normally to the leash and muzzle. Dogs on the street should not provoke aggression in the bulldog.

It is much more difficult to educate adult dogs. Moreover, the adult French bulldog temperament may not be so easy. The dog will definitely try to take the role of the leader for itself, it wants to dominate. It is better to involve an experienced dog handler in raising an adult French Bulldog. Those who want to do this difficult task alone should remember that they cannot be too strict and, conversely, too affectionate. You can not strain your pet too much with training, raise your hand to him. A good result can be achieved only by showing patience and love for the pet.